Hey do you remember that time Hillary Clinton ran for president and ended up humiliating herself? Because she does. In fact, almost a year after her defeat she’s still talking about nothing else.

Driblets of Clinton’s upcoming book “What Happened” have been leaked to the public. She writes angrily, defiantly. She pretends take ownership for her loss by a few glib words before blaming intangibles like “sexism” and “the media.”

“What makes me such a lightning rod for fury? I’m really asking. I’m at a loss,” she writes, adding: “I think it’s partly because I’m a woman.” 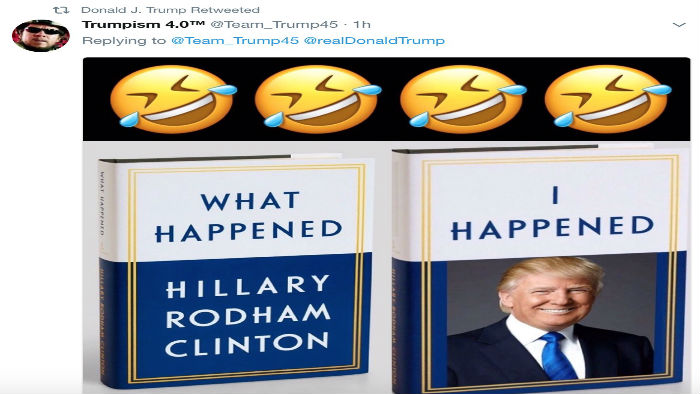 Nonsense. People hate her because she’s a lying, scheming criminal who reperesents all that’s foul in politics.

She also writes about the moment she conceded.

“I congratulated Trump and offered to do anything I could to make sure the transition was smooth. It was all perfectly nice and weirdly ordinary, like calling a neighbor to say you can’t make it to his barbecue. It was mercifully brief … I was numb. It was all so shocking.”

Trump, however, isn’t the only target of her spite. She lashes out at both Joe Biden and Bernie Sanders, proving that she has no loyalty. 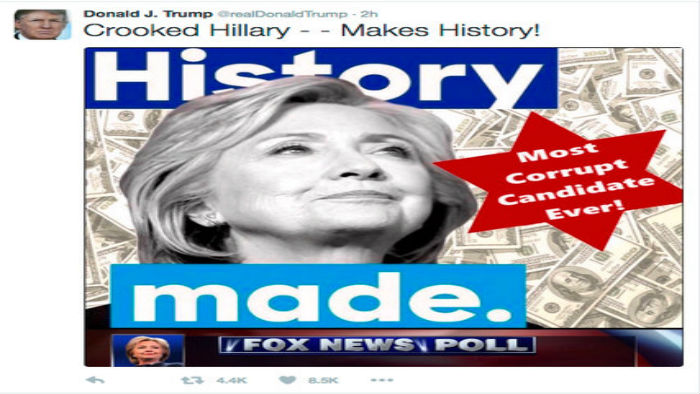 “Joe Biden said the Democratic Party in 2016 ‘did not talk about what it always stood for — and that was how to maintain a burgeoning middle class,'” Clinton writes. “I find this fairly remarkable, considering that Joe himself campaigned for me all over the Midwest and talked plenty about the middle class.”

She then goes to complain about Sanders’ party identification. She believes that he “stole” support from her.

“He (Sanders) certainly shared my horror at the thought of Donald Trump becoming President, and I appreciate that he campaigned for me in the general election. But he isn’t a Democrat… He didn’t get into the race to make sure a Democrat won the White House, he got in to disrupt the Democratic Party.”

Poor Hilary; rumor has it she’s considering a 2020 run.