Yet another tragedy has hit Europe, this time in Germany. Just a week following the Nice, France terror attack by a Muslim ISIS supporter, Germany has had two terror attacks in one weekend by bombers of Middle Eastern descent.

Friday saw a teenage of Iranian background kill nine innocents in a mall in a “mass shooting” style rampage that he had allegedly planned for over a year. Now, we get news that a Syrian man blew himself up in a suicide bombing style attack, killing himself and injuring 12 people.

This is just the latest in a long string of attacks by people of Middle Eastern descent in Europe and even since the Syrian refugee crisis, things have become worse. It is becoming a near daily news item and the Liberals media refuses to acknowledge this fact. With every passing day and with borders remaining open, Europe is putting themselves at greater risk for attacks like these. But will the Liberal media report on these matters? What about Obama, our apologizer-in-chief?

No. They’re burying it in their news cycle and would rather call out Trump for being “racist.” 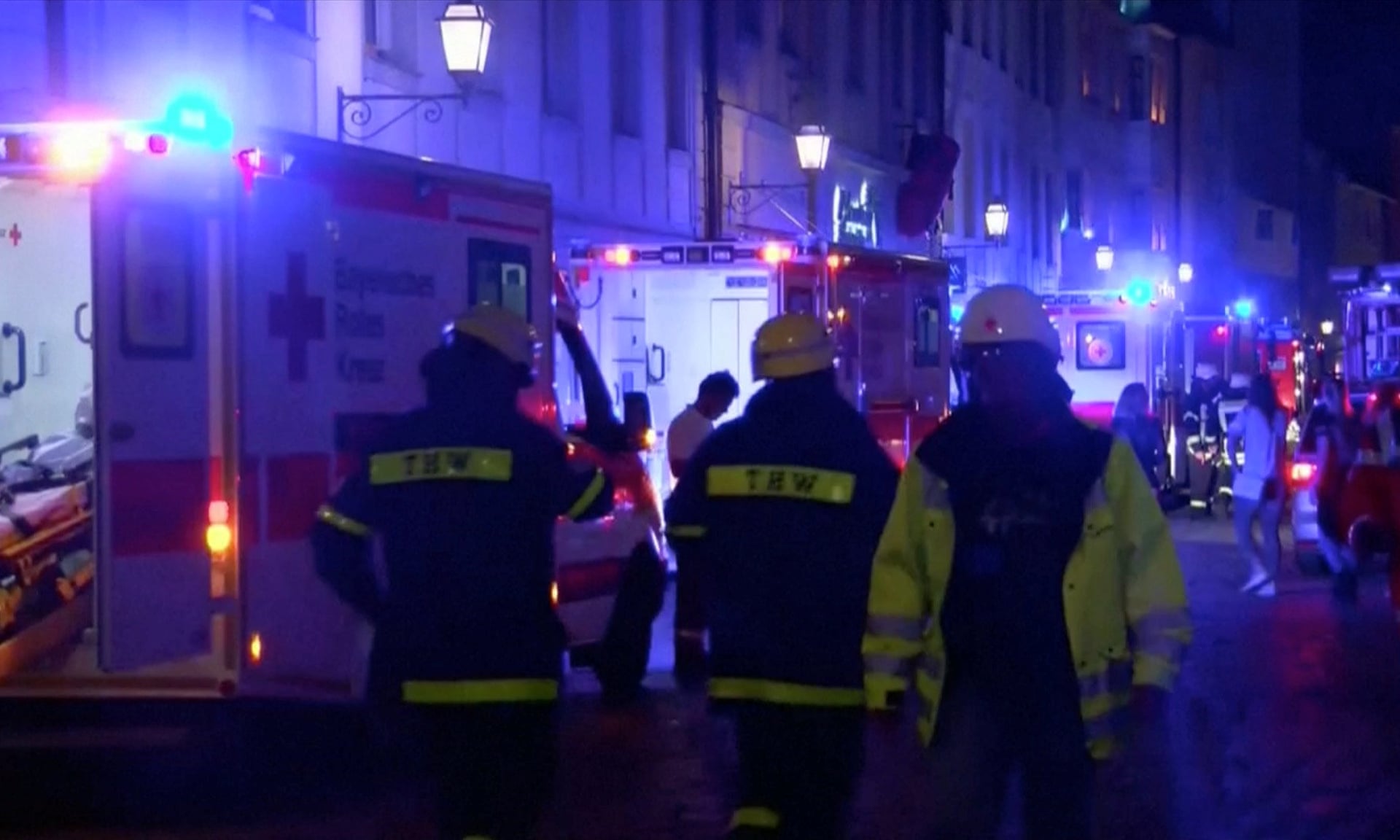 A Syrian man killed himself and injured 12 people after a “deliberate explosion” outside a music festival in the German town of Ansbach.

Authorities said the man was a 27-year-old who had been denied asylum a year ago and had a history of making attempts on his own life.

It is believed a device he was carrying exploded although it is not clear whether it was a suicide bombing or whether the man intended to plant it and harm others.

At a media conference in the early hours of Monday the Bavarian interior minister, Joachim Herrmann, said the man had attempted to gain entrance to the Ansbach open music festival which was being held in the town.

Herrmann said the man was carrying a backpack at the time of the blast, at about 10pm on Sunday, but was turned away at the entrance to the festival.

The backpack contained metal items used in “wood manufacturing” and could have killed many more people, he said.

The police do not know if the man was tied to any radical Islamist beliefs or ideologies at this time, but we’re not holding our breath on that front. It’s pretty clear what happened here.

“If there is an Islamist link or not is purely speculation at this point,” said the spokesman, Michael Schrotberger.

Hermann said the man’s request for asylum was rejected a year ago, but he was allowed to remain in Germany on account of the situation in Syria.

Let’s get down to the facts of the matter – Asylum seekers from harmful Islamic cultures are allowed to stay and freeload off gullible liberal governments that let them in and then, the refugees, deemed “peaceful” by said governments, just fly off the handle and kill anyone they so choose. What is wrong with these governments? These people do not belong in our society, clearly. Anyone who says otherwise needs their head examined.

This attack is the latest in a pattern we’ve known for the last 60 years. Radical Islam is a threat to modern civilization. You don’t see Jews, Christians, or Buddhists running into buildings and blowing themselves up, using children as shields, and committing atrocities on this scale, especially in the current modern state of the world. Obama only wants this to continue, as a measure of the extent of his twisted ideology, and Hillary will allow this to happen, as the countries that breed this sort of violence are paying he and her party hundreds of millions of dollars.

Let’s be real – this is all stemming from one area of the world.

It’s time we did something to stop this. We don’t have to have innocent bloodshed anymore. Wake up everyone, the threat is real.