Another case of Obamacare failing? You don’t say. Tell me more about things I saw coming.

$1.23 Billion. Just think of all the good we could have done for this country with that money. In the grand scheme of our debt, it may not look like much, but all these “small” expenditures by the Obama administration add up to one big failure: Obamacare. 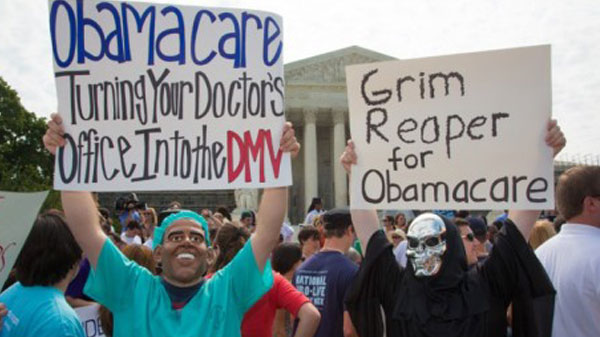 And what a surprise, there’s a whole mess of them that have failed entirely.

A total of $1.23 billion in federal taxpayer dollars has now been sunk in 12 of 23 co-ops created under Obamacare that have gone out of business, representing another Obamacare failure, lawmakers say.

Co-ops in Arizona and Michigan went out of business last week, adding themselves to the 10 that have already failed in Utah, Kentucky, New York, Nevada, Louisiana, Oregon, Colorado, Tennessee, South Carolina, and a co-op that served both Iowa and Nebraska.

But the real question is why did they fail. If they were handed everything on a silver platter from Obama, what could have gone wrong? Oh that’s right, it was the liberal mindset that everything should be cheap and affordable without taking economics and economies of scale into any sort of equation.

‘This was set up for failure from day one,’ said Rep. Chris Collins (R., N.Y) at a House Energy and Commerce committee hearing evaluating the failed-co-ops on Thursday. ‘Insurance companies knew it was going to fail, they released a product that was underpriced, they could not make money.’

‘We’re here because Obamacare was set up for failure, it was set up to encourage low premiums, to deceive the American public,’ Collins said. ‘Everyone knew these products were underpriced and they were going to make it up on the backs of taxpayers and that’s why we’re here today.’

Another failure, another reason why I can’t wait Obama and his liberal cronies are gone for good.