When President Obama was running his campaign back in 2008, he made lofty promises, as any candidate does.

His promises included cleaning up the environment, making the U.S. a world power again, reducing taxes, and reforming the country’s healthcare system. He failed horribly.

‘If you have health care, my plan will lower your premiums. If you don’t, you’ll be able to get the same kind of coverage that members of Congress give themselves.

And as someone who watched my mother argue with insurance companies while she lay in bed dying of cancer, I will make certain those companies stop discriminating against those who are sick and need care the most.

Now is the time to help families with paid sick days and better family leave, because nobody in America should have to choose between keeping their job and caring for a sick child or an ailing parent.’

Most health care premiums have actually increased since the Obamacare exchanges opened in 2013. Under the law, members of Congress now get their employer insurance through the exchanges — the same place uninsured Americans can get coverage.

Not only that, but it’s one of the most convoluted and confusing systems to get into in existence. Strike one. 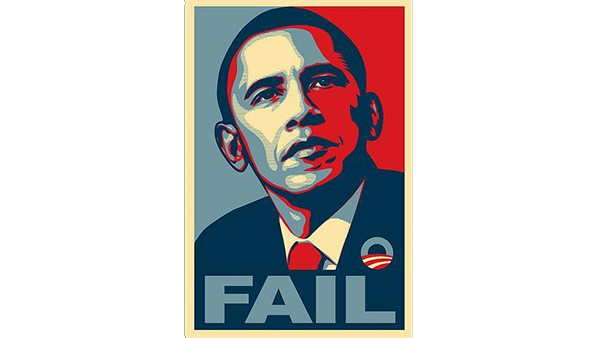 What about the environment?

‘For the sake of our economy, our security, and the future of our planet, I will set a clear goal as president: In 10 years, we will finally end our dependence on oil from the Middle East.

As president, I will tap our natural gas reserves, invest in clean coal technology, and find ways to safely harness nuclear power. I’ll help our auto companies re-tool, so that the fuel-efficient cars of the future are built right here in America. I’ll make it easier for the American people to afford these new cars.’

There’s no end in sight on our dependence on foreign oil, that is a known fact, clean coal has improved, but what about nuclear Power?

Despite having 61 operational nuclear power plants, and 99 nuclear reactors, there is still no permanent nuclear waste facility in the United States.

Nope! Terrible there as well. This is shaping up great! (sarcasm). Now on to education. This was a big one.

‘I’ll invest in early childhood education. I’ll recruit an army of new teachers, and pay them higher salaries, and give them more support. And in exchange, I’ll ask for higher standards and more accountability.’

Obama put in place the common core which frustrates both students and parents alike for using completely ass backwards ways to solve basic problems. Funding for this?

While funding for early childhood education did get a bump with the stimulus when Obama first took office, funding only slightly increased between 2008 and 2013.

Lastly, how about taxes?

I’ll eliminate capital gains taxes for the small businesses and startups that will create the high-wage, high-tech jobs of tomorrow.

I will cut taxes — cut taxes — for 95 percent of all working families, because, in an economy like this, the last thing we should do is raise taxes on the middle class.’

Obama has been unsuccessful in his efforts to close tax loopholes for companies to move jobs to other countries.

That’s a lot of promises not kept. Thanks for nothing.