This could be the turning point, folks. Hillary looks to be going down for good this time.

Or at least something to the effect of an actual accusation by the federal government, which is MUCH more that we’ve seen in the past few months. The audit that had the feds combing through and pouring over thousands of Clinton emails form her private server, seems to have one clear outcome: they knew, and she lied.

According to the report, we now know that she and her staff was warned about the private email server, yet they did it anyway. Here’s everything we know thus far about this breaking story. 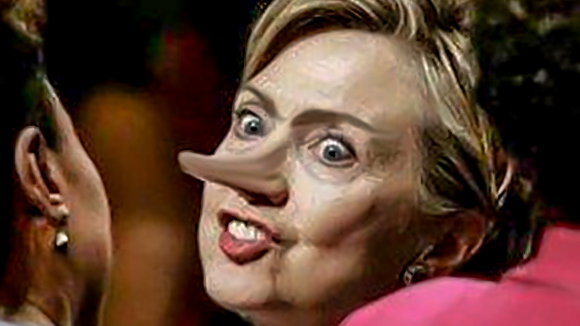 Hillary Clinton and her team ignored clear guidance from the State Department that her email setup broke federal standards and could leave sensitive material vulnerable to hackers, a department audit has found. Her aides twice brushed aside concerns, in one case telling technical staff “the matter was not to be discussed further.”

The inspector general’s review on Wednesday also revealed that hacking attempts forced then-Secretary of State Clinton off email at one point in 2011, though she insists the personal server she used was never breached. Clinton and several of her senior staff declined to be interviewed for the investigation.

Earlier this month, Clinton declared that she was happy to “talk to anybody, anytime” about the matter and would encourage her staff to do the same.

Opponents of her Democratic presidential campaign pointed to the audit as proof that Clinton has not been truthful about her private email use, citing it as fresh evidence she is not trustworthy or qualified to be commander in chief.

And I think that’s not an unresasonable conculsion to come to. I mean, she said she did’t know about the emails being illegal, the email server, being told about it to beign with, and yet all of that comes out to be completely false. HiLIARy strikes again.

The 78-page analysis, a copy of which was obtained by The Associated Press, says Clinton ignored clear directives. She never sought approval to conduct government business over private email, and never demonstrated the server or the Blackberry she used while in office “met minimum information security requirements.”

Twice in 2010, information management staff at the State Department raised concerns that Clinton’s email practices failed to meet federal records-keeping requirements. The staff’s director responded that Clinton’s personal email system had been reviewed and approved by legal staff, “and that the matter was not to be discussed any further.”

The audit found no evidence of a legal staff review or approval. It said any such request would have been denied by senior information officers because of security risks.

So what happens from here? Honestly, we’re not sure. She is set to be interviewed by feds regarding this issue, though no time frame for it has been set. All we know is, someone that lies this much shouldn’t be president.
(Source: WTOP)
LIKE US ON FACEBOOK