No matter how many scandals we see surround politicians, there’s a saying: If it walks like a duck, talks like a duck and acts like a duck, it’s probably a duck. Case in point is Hillary Clinton’s email scandal, in which the FBI investigated her private server for leaking and/or deleting email that had classified information on it – an offense punishable with prison time.

Although the Clinton camp denied all wrongdoing and disagreed with a first finding that she indeed had classified information on hand, a second review just confirms what we all knew – Clinton is a huge liar that will say anything to keep her head out of water. 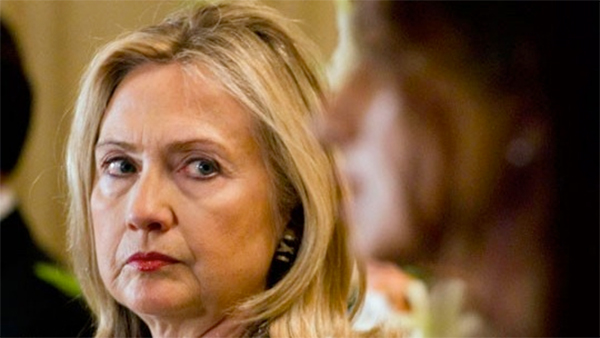 I. Charles McCullough III, the inspector general for the intelligence community, found the two emails containing what he determined was “Top Secret” information in the course of reviewing a sampling of 40 of Mrs. Clinton’s work-related emails for potential security breaches.

The senior intelligence officials briefed on the findings of the review spoke on the condition of anonymity because they did not want to jeopardize their access to sensitive information.

President Obama signed an executive order in December 2009 that defined “Top Secret” as information that if disclosed could “reasonably” be expected to cause “exceptionally grave damage to national security.”

Not surprisingly, Clinton’s staff is hard at work on daamage control, making sure this doesn’t hinder her political standing. I’m sorry to tell you, Hilldawg, it’s over -you have no chance.

How much more do we as the public need to hear? If it had been any other person, they would’ve been subject to the judicial system, but this Presidential candidate gets a pass? We need to right this wrong – let’s make sure she never gets into office and atones for her crimes!