As Obama is set to let immigrants into the country, here’s an example that we should all note and report directly to each and every congress person.

Sweden is one of the most welcoming countries in the entire world. As the Syrian immigrant crisis exploded in Europe, Sweden welcomed any immigrants and gave them refuge. Of course, now that they’re “settled” they’re turning on Sweden and taking over while taking advantage at every turn.

No where is this more apparent than in Swedish schools where immigrants are rioting, beating teachers, and bullying other students in a situation described as “chaos.” 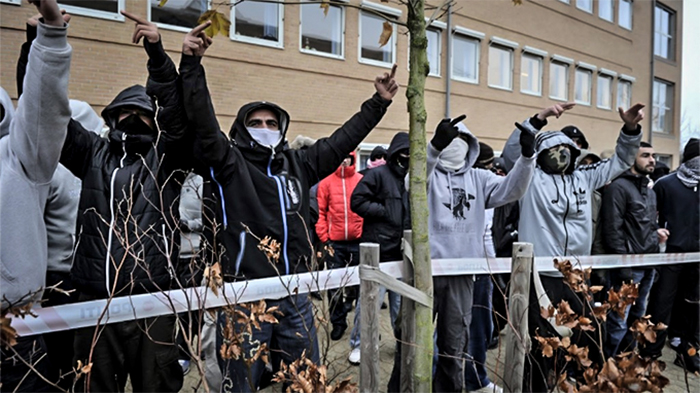 A Swedish school described as being ‘good’ ten years ago is now in “chaos” and prone to rioting as order among the ‘diverse’ student body has broken down.

The condition of the Sjumilaskolan school in Gothenburg, Sweden, has been revealed in a shocking government report based on visits conducted at the end of last year by the school inspectorate.

Citing the testimony of teachers, the report says staff are concerned the student body are on the verge of rioting, and are frequently violent towards staff. It remarks: “Some teachers avoid going among the students out of fear, because they do not have the physical ability. The teachers say they have security at the school to deal with situations instead.

“Some teachers tell us they have been both in verbal and physical conflict with students, and teachers fear the students will kill each other. Teachers describe a general concern about the school, and believe there is a high risk of rioting. The senses of teachers have been so dulled that should they see a brawl now they would hardly notice, whereas a few years ago they would have reacted. Their tolerance [towards violence] is very high”.

This is what happens when you let in anyone without a vetting process.

There has already been one riot last year, which police officers were required to break up. At the time school headmaster Hamar Zafar told local press the students had rioted, causing physical damage to the school, because “They are worried about their grades and their results”.

Schools should prepare to deal with this is we let in more Syrian refugees. This will be the normal and American children will be at risk. Tell Obama to stop this madness!