How is this even legal? How are these people all not locked away!?

According to a report this morning, Republicans are accusing democrats for obstructing the Benghazi investigation into the murders of 4 American soldiers, to the tune of, you should sit down, $2 million!

How can someone possibly spend $2 million on obstructing an investigation? That’s heinous! 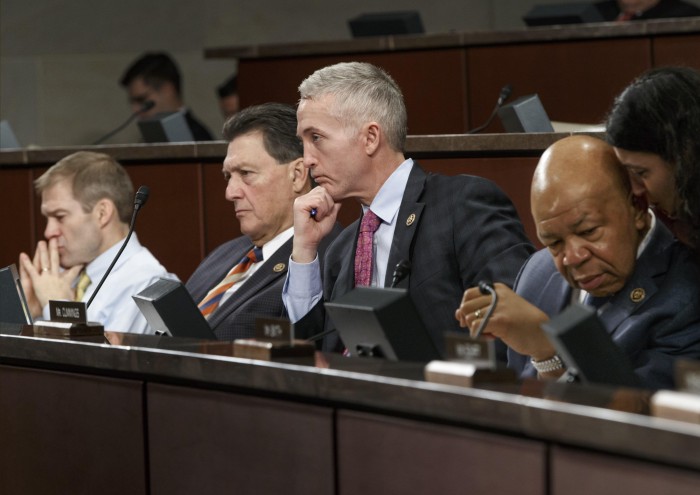 Republicans on the Select Committee on Benghazi are accusing Democrats of wasting more than $2 million in taxpayer dollars obstructing the investigation into the fatal attack on Sept. 11, 2012.

GOP press secretary Matt Wolking said while Republicans have been conducting interviews with nearly 70 witnesses and going through hundreds of thousands of documents, Democrats have wasted one-third of the committee’s costs undermining their efforts.

“While Democrats on the Benghazi Committee have made a big show of pretending to care about the cost of this investigation, they’ve made zero meaningful contributions and spent virtually all of their time and effort on undermining and obstructing the committee’s work, directly contributing to its length and cost,” Wolking said in a statement Friday.

That is a massive accusation, but what exactly backs up that claim?

Republicans accused members on the other side of the aisle of politicizing the investigation by coordinating with former Secretary of State Hillary Clinton’s presidential campaign to protect the candidate and criticized them for asking every witness the same questions about the former secretary of state’s involvement.

“Their incessant politicization of legitimate congressional oversight is appalling and grotesque, and only proves that the process could have been completed much faster if Democrats had helped with the work instead of delay it,” Wolking continued. “Of course, their motivations are obvious: they’ve endorsed the former secretary of State for president, and will no doubt continue to act as a full-fledged arm of her campaign, wasting taxpayer dollars on everything but getting answers for the families of the victims who were left without adequate security on September 11 in one of the most dangerous places in the world.”

In addition, Republicans said they can’t name “a single new document” or “a single witness” requested from the Obama administration.

So in other words, the dems are delaying hoping to get Hillary in office so this all goes away. Typical liberal deceit and lies.