So wait a second, you’re telling me that Hillary Clinton said one thing and then turned right around and contradicted herself? YOU DON’T SAY! Color me shocked! Okay enough with the sarcasm, but in all seriousness it has happened yet again.

The narrative for the Clinton campaign has been to say whatever imaginable to get into office. She’s done it time and time again. So the picture that Hillary is painting is not only completely false, but also laughable to how much she flip flops. We’ve detailed it before and you can read all about that here.

Now it seems that Hillary has gone so far that she’s now taking money from nations that promote terrorism. Where’s the flip flop here? Read below and try not to punch your computer screen to hard. This one is tough to stomach. 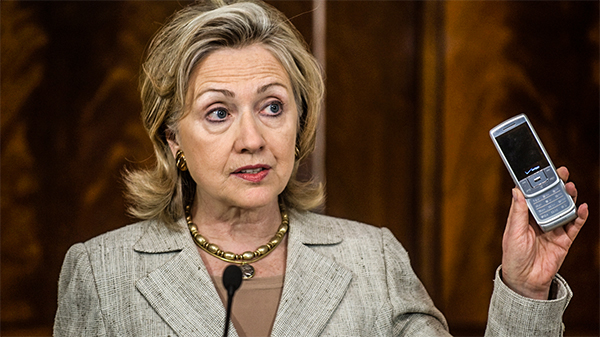 Earlier this week, Hillary Clinton harshly criticized three countries for directly funding terrorists who are actively seeking to attack the United States and Western Europe. The governments of this trio of nations have contributed between $16 million and $40 million to the Clinton Foundation.

Clinton sharply denounced the three countries — Saudi Arabia, Kuwait and Qatar — in a speech in Cleveland on Monday. It was her first public speech after Saturday night’s terrorist massacre at a gay nightclub in Orlando, Fla.

“Efforts to defeat ISIS on the battlefield must succeed,” Clinton said. “But it will take more than that.”

The presumptive Democratic presidential nominee then identified “three areas that demand attention” if America is to thwart future terrorist attacks. The third of these areas, Clinton said, is the prevention of “efforts by ISIS and other international terrorist networks to recruit in the United States and Europe.”

“For starters, it is long past time for the Saudis, the Qataris and the Kuwaitis and others to stop their citizens from funding extremist organizations,” Clinton declared. “And they should stop supporting radical schools and mosques around the world that have set too many young people on a path towards extremism.”

But wait, she’s taken money from the EXACT people she just said are extremists.

The governments of all three of the countries which Clinton blamed for funding terrorism have contributed very lavishly to the Clinton Foundation.

The Kingdom of Saudi Arabia has given the Clinton Foundation an unspecified amount between $10 million and $25 million, according to the nonprofit’s records.

The State of Kuwait has donated between $5 million and $10 to the Clinton Foundation.

The State Of Qatar has given the Clinton Foundation between $1 million and $5 million.