When you hear the Democrats saying that Donald Trump’s immigration policy is racist, ask yourself this question: is all of Europe racist too?

That’s what everyone will have to start asking themselves now because countries are about to start using the same Muslim vetting process that Trump has been championing since day 1. Germany is probably ground zero for this to start happening. In recent weeks there have been no less than 4 terror attacks by men of Muslim and Middle Eastern descent within the open borders country. Now they are rethinking their strategy and contemplating a Muslim block on immigration.

We’re not surprised in the slightest. 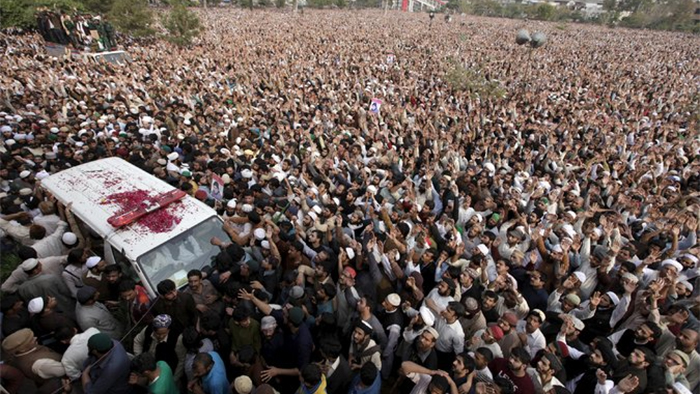 After a week of relentless attacks, the governor of Bavaria has insisted Islamist terror is dealt with as the Vice President of Germany’s AfD party demanded a Donald Trump-style temporary halt on asylum for Muslim migrants.
Horst Seehofer, the leader of Germany’s largest state, set himself on a collision course with pro-open borders German Chancellor Angela Merkel when he said Germans are “riled up” and “full of fear” at a press conference yesterday after his state suffered four Islamist-inspired terror attacks in less than a week.

Mr. Seehofer, the leader of Merkel’s sister party the Bavarian Christian-Democrats, said Germany must “do whatever is necessary to protect our citizens”.

And that’s what Trump is suggesting as well. It’s not racist to want to protect your own people from those actively trying to destroy your society by any means necessary.

Continuing: “What we have here is an entirely new dimension of terrorism, the Islamist-minded terrorism, and we have to have intense discussions on this challenge in Bavaria and in Germany as well as prevent and repress it.

“That is the big challenge we face, and therefore any attempts to contextualise the problem are inappropriate.

“Every attack, every act of terrorism is one too many. Islamic terrorism has arrived in Germany and the people are rightly expecting us to stand up to this courageously,” he said.

Other German politicians are even more impatient and aggrieved.

The Vice President of the right-wing, eurosceptic Alternative for Germany (AfD) party demanded today a temporary end to the granting of asylum to Muslims in Germany, in a clear echo of the policies of Republican presidential nominee Donald Trump.

According to Die Welt, Alexander Gauland said: “We can no longer afford, for safety reasons, to let more uncontrolled Muslim immigration into Germany.”

Why would you? Muslims are murdering innocent civilians for the most asinine reasons imaginable such as being turned away from a music festival. That is 100% evil insanity. Calling it anything less is ignorance.

I continue to say this and I will until something is done, but you don’t see Christians or Jews blowing themselves up. Wake up, people.