Elizabeth Warren, also known in conservative circles as Pocahontas, went to express her disgust with Donald Trump laying waste to whatever is left of Hillary Clinton’s campaign if deception. And where did she do it?

Where else but the liberal Mecca known as the Late Show with Stephen Colbert. Colbert himself, once a caricature of an uninformed conservative, now out of character and apparently out of a sense of humor. He’s taken it upon himself to champion a political message that includes trashing the Republican party at every turn. After the speech, a distraught Elizabeth Warren went to express her outrage.

“People are angry, and people have good reason to be angry…. But let’s be really, really clear: Donald Trump does not have the answers.” She said, going on to say “you listen to a speech like that, and I don’t know how there’s anybody left in America who isn’t afraid of Donald Trump.”

Hmm…no one in America who isn’t afraid of Trump, eh? Well, as it turns out, there was a poll directly after Trump’s speech, asking people what they though of Donald Trump moving ahead in the election and their general outlook on politics.

Here’s what they found, which might just kick Warren’s assertions right in its teeth: 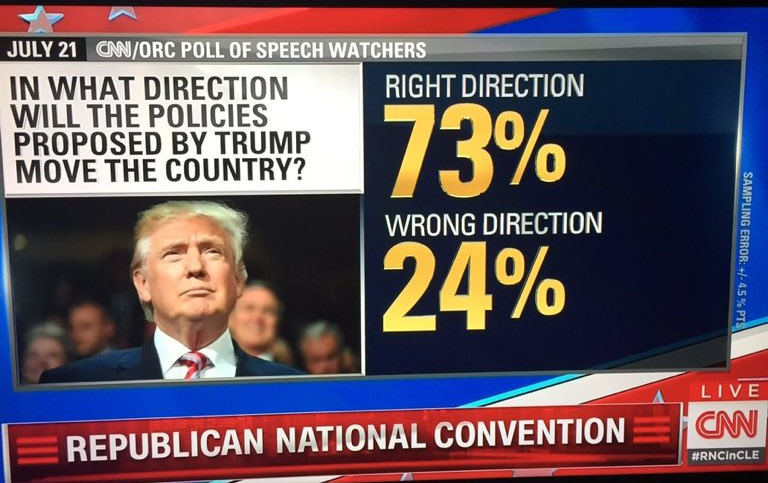 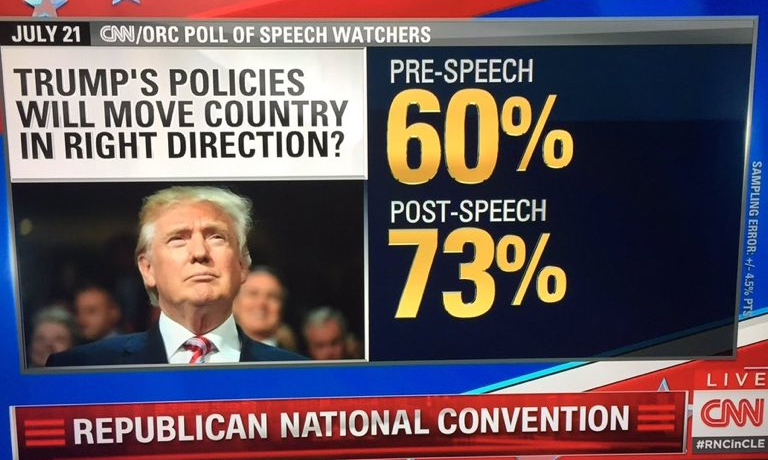 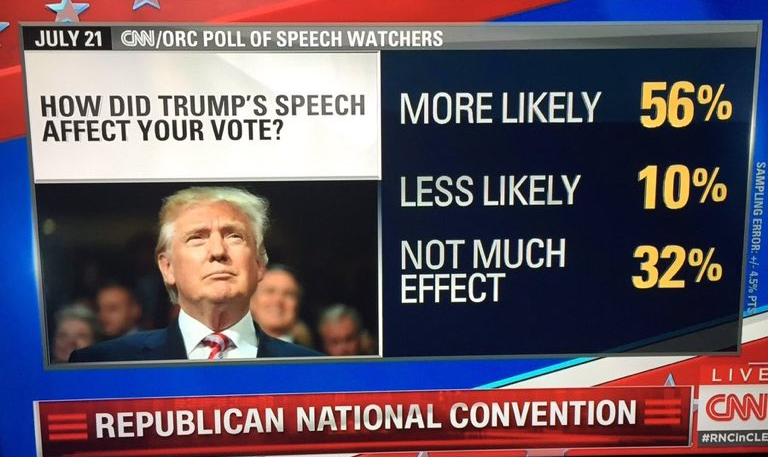 I hate to break it to you, Elizabeth, but America has spoken, and it’s going in one direction, away from you and your deceptive party with an unapologetic crook as its leader. I can’t wait until November, when we finally get our country back.