Donald Trump continues to hammer liberals on the key issues, including gun control.

When liberals said they wanted stricter gun laws and more gun control measures, they basically told the American people that they’re going to start taking away our guns. And that is unacceptable. With ISIS looming to enter this country VIA the Syrian refugee crisis, we’ll need all the arms we can get. Well Trump said that if he is president, that won’t be a problem. In a position paper released today, he turned his nose up at would be liberal gun controllers and basically said, “You can pry the gun from my cold dead hands.” 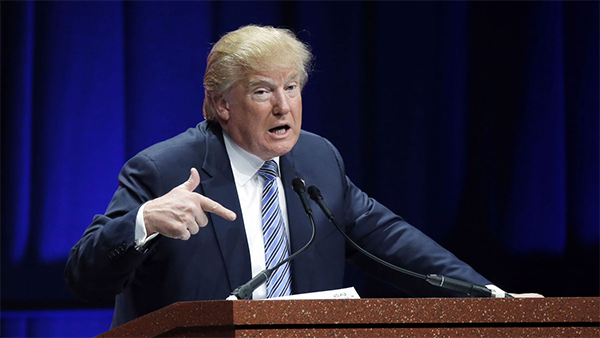 The Second Amendment to our Constitution is clear. The right of the people to keep and bear Arms shall not be infringed upon. Period.

The Second Amendment guarantees a fundamental right that belongs to all law-abiding Americans. The Constitution doesn’t create that right – it ensures that the government can’t take it away. Our Founding Fathers knew, and our Supreme Court has upheld, that the Second Amendment’s purpose is to guarantee our right to defend ourselves and our families. This is about self-defense, plain and simple.

It’s been said that the Second Amendment is America’s first freedom. That’s because the Right to Keep and Bear Arms protects all our other rights. We are the only country in the world that has a Second Amendment. Protecting that freedom is imperative.

Amen! That’s why he’s our pick! He takes it to democrats and their backward ways of thinking. He even goes into why gun and magazine bans won’t work. Ever.

GUN AND MAGAZINE BANS. Gun and magazine bans are a total failure. That’s been proven every time it’s been tried. Opponents of gun rights try to come up with scary sounding phrases like “assault weapons”, “military-style weapons” and “high capacity magazines” to confuse people. What they’re really talking about are popular semi-automatic rifles and standard magazines that are owned by tens of millions of Americans. Law-abiding people should be allowed to own the firearm of their choice. The government has no business dictating what types of firearms good, honest people are allowed to own.

Damn straight! All aboard the Trump Train to the White House!