After last night’s big wins for Donald Trump in Michigan and Hawaii, Breitbart is reporting that there is very little more that the GOP can do to attempt to stop Trump.

As Trump steamrolled the primaries last night, the GOP was sent further reeling in their efforts to stop Trump entirely. That’s no likely going to happen when, you know, the entire country wants to vote for him. I think it’s nearly time to pack it in, call it a day, and let Trump run over the Democrats.

And conservative website Breitbart thinks that there’s no stopping him at all. 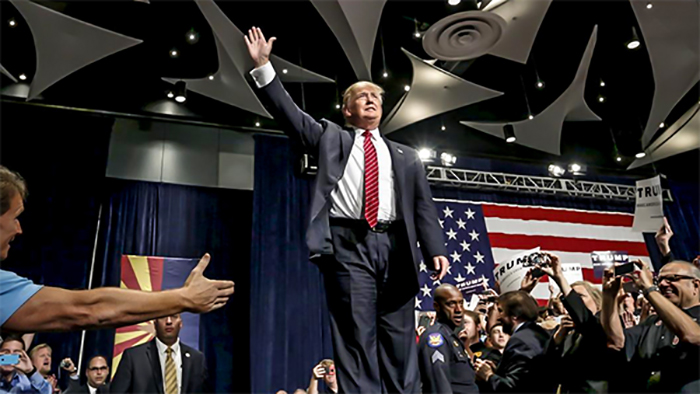 Donald Trump’s easy victories in Michigan, Mississippi and Hawaii left his rivals with shrinking opportunities to slow his momentum in the Republican primaries and little indication that intense efforts to undermine his credibility are pushing voters away from the brash billionaire.

With the prospect of a Trump nomination growing more likely, rival campaigns and outside groups have significantly stepped up efforts to discredit the real estate mogul. But the flood of attacks on Trump’s business record and temperament has failed to slow his rise.

In a phone-interview with Fox News Channel, Trump called his campaign a global phenomenon and said it was time for the party to unify behind him.

“Instead of fighting it, they should embrace.it,” he said. “If we embrace what’s happening and if everybody came together … nobody could beat the Republican Party.”

Tuesday’s contests marked another lost opportunity for rivals desperate to stop his march to the nomination. Next week’s winner-take-all contests in Ohio and Florida loom as perhaps the last chance to block him short of a contested convention fight.

Go Trump go! We’re fully backing you and the Trump Train is set to make it’s last stop at 1600 Pennsylvania!