If you’re not familiar with vloggers Diamond and Silk, you’re about to get familiar. These political activist and outspoken Trump supporters aren’t your average vloggers though. These two don’t pull any punches when it comes to smacking down the liberal agenda, especially those who play the race card.

Today’s video happens to be about everybody’s favorite African American congresswoman, Maxine Watters. Watters took to twitter, talking smack about Secretary of Housing and Urban Development, Ben Carson. Diamond and Silk weren’t all about that.

Here’s exactly what Watters said, according to Fox: 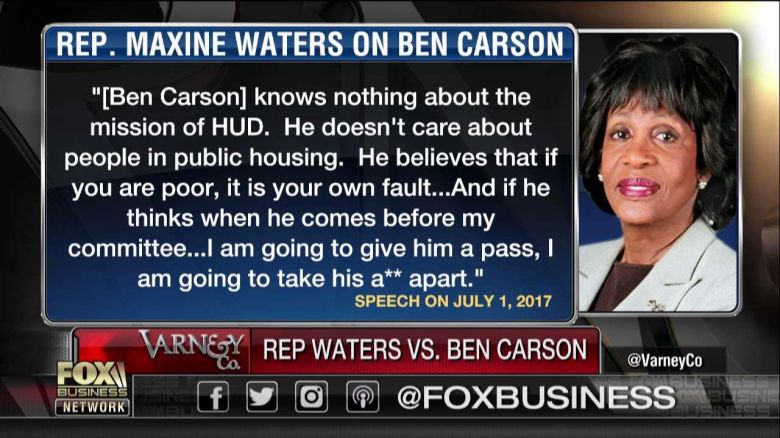 Obviously, this didn’t sit well with the sisters that make up the Diamond and Silk duo. Here’s what they had to say about Waters’ outburst.

I think that what they’re trying to get at by saying “gangsta-lean Maxine” is point out that she’s trying to make herself relatable to the plethora of poor in her district when she’s actually quite wealthy. She’s trying to solicit a particular demographic, not only in her own district but around the nation in an effort to cast dispersions on the President when she’s no more like them than her buddy Bernie Sander is with all of his wealth and talk of socialism.

I think Auntie Maxine would do well to listen to the advice of these outspoken sisters and “check herself” before the people of her district do. Waters is long over due for an investigation, or hand cuffs or something to hold her accountable for everything she’s done in Washington on the people’s dime. Making herself this visible probably wasn’t the best move, considering the nature of both her living arrangements and business deals, but if she want’s to talk about corruption, there are many conservatives who are more than willing to have that discussion.

Just as a side note; I think we all want to tune in and see this barely cognizant over the hill representative try to take on one of the most brilliant men in America. At least she told us ahead of time that there would be a show worth watching. No great tragedy without some small gain.