In one of the more stunning news stories we’ve seen today, is seems as though the Democrats in Virginia have finally realized what we’ve known all along. They are the violent ones, not Trump’s supporters.

Time and time again we see Democrats antagonizing Trump supporters as they protest Trumps events, wrongly calling them racist. Most Democrats don’t even know what the definition of racist is. So they direct their hatred of themselves toward other to keep from taking a good hard look at themselves. they release this anger by physically assaulting Trump supporters at Trump rallies.

But now the tables have turned. Democrats, for the first time, have told OTHER Democrats to stop being violent in the first admission of it’s kind. This, is a HUGE win in the fight against the Liberal left and it’s radical idiot fanbase. 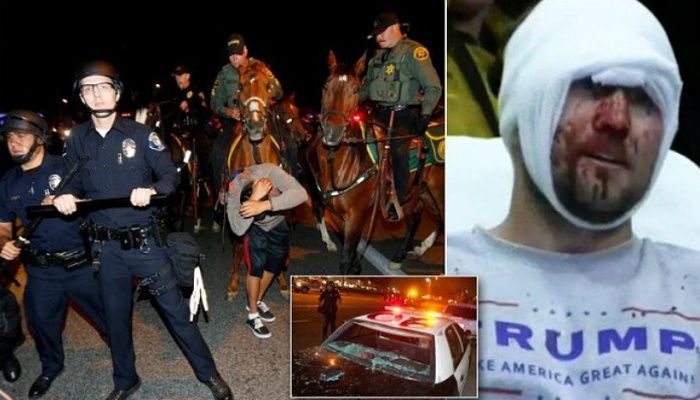 Law enforcement removed protesters screaming “Black Lives Matter” at a Trump rally back in October at the Richmond International Raceway and minor fight between Trump supporters and protesters reportedly occurred.

Trump supporters were spat upon, egged, punched, stalked and chased by rioters outside of a Trump rally in San Jose, Calif., last week.

This is an incredible win for Trump and his followers. We shouldn’t feel scared or intimidated when we go to support the man who we think should be president.

You don’t see us showing up to Hillary events and egging or punching Trump supporters in the face. That’s 100% Democrats and it’s absolutely sickening.

This is the kind of people we’re dealing with. If you think we have every right to be here as well, share with your friends and have your voice heard!