As Joe Biden said this morning that Trump will win, he has now gone and thrown Hillary Clinton directly under the bus by saying that Bernie Sanders was “deep and real” when it came to poverty. 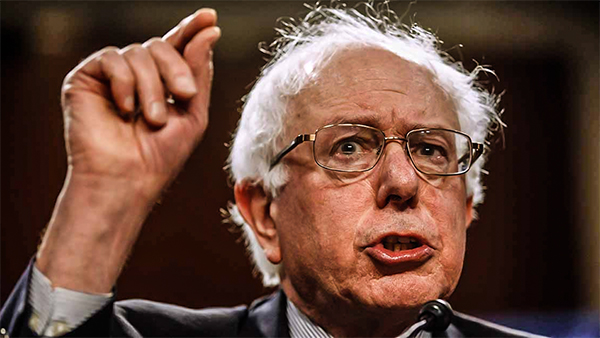 In an interview with CNN, Biden said Sanders ought to be commended for his “deep and real” focus on poverty issues, particularly income inequality, and while Clinton has offered “thoughtful” ideas, she’s a newbie to the topic.

“I think that Bernie is speaking to a yearning that is deep and real,” Biden said, the Hill reported. “And he has credibility on that.”

Clinton, by contrast, is only coming to the income equality discussion table just recently, he said.

“It’s relatively new for Hillary to talk about that,” Biden said, the Hill reported. “Hillary’s focus has been on other things up to now. No one questions Bernie’s authenticity on those issues.

Essentially this does nothing for the democrats, but shine more light on their inter-party squabbling which means that the GOP now will have stronger footholds when it comes to house and senate votes as well as the presidential race.

All I know is that they should keep up this bickering. Making Trump and the other GOP candidates look much less insane and more approachable.