Hillary Clinton’s history with unsecured communications is widely known. It has been the entire reason Conservatives want to see her in Jail. Her email scandal not only exposed a massive problem with government communications, but also a massive personal flaw in Hillary herself: being untrustworthy.

The lies Hillary has said have been far and wide and stretch back to even before the Benghazi disaster were we lost 4 Americans in an attack that largely could have been prevented. Her email scandal is easily the most well known and documented lie she’s made during the election process, though there have been others. So with all this in mind, you’d think she would step away from unsecured communication platforms right?

Wrong. According to reports, she will be announcing her decision on her VP pick using the most unsecured form of communication in our country’s history: the text message. 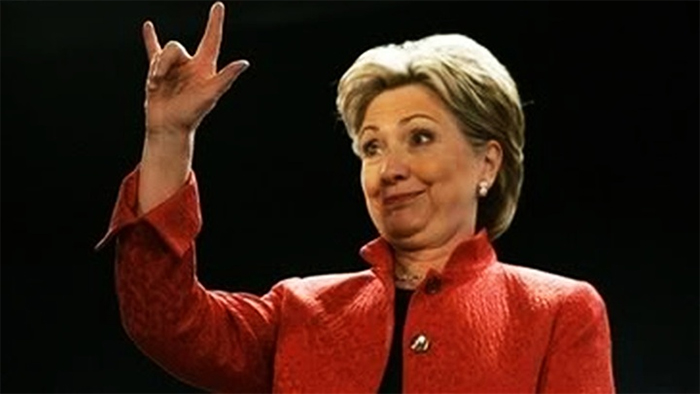 Hillary Clinton is poised to unveil her choice of a running mate as soon as Friday via a text message to supporters, according to a person familiar with the plans, as she seeks to recapture the attention of voters following a week in which Donald Trump and the Republican Party dominated the news.

Her picks for VP are narrowed down to 3 people.

One of the leading contenders for Clinton’s running mate is said to be Virginia Senator Tim Kaine, according to several other people. Members of the Obama administration have been advocating for Kaine, who was considered for the vice presidential nomination by President Barack Obama in 2008, one of the people said. He’s also gotten the ear of former President Bill Clinton, Hillary Clinton’s husband.

Now, this isn’t classified information as she so blatantly sent on her personal email server, but why even do this? This shows that Hillary doesn’t learn from her mistakes and continues to plow forward with disregard to what’s happened in the past or what she’s under scrutiny for.

This, to me, shows that she doesn’t care at all about her lies and misdeeds. Is that really someone we want as president? I don’t think so.