This might be the biggest slap in the face to the Democratic party I’ve seen in a LONG time. And that’s saying something because they have Hillary and Bernie to choose from.

Speaking of Bernie Sanders, he pulled off a stunning upset victory in the Democratic primary in West Virginia. Everyone thought Hillary would win that state, but she floundered. Bernie has been gaining ground on Hillary with every passing primary. And that’s great news for Trump.

Why? It’s not because Hillary poses more of a threat to a Trump presidency, it’s because Bernie voters don’t seem to know who they want to vote for, even though they’re supporting him in primaries. What what!? 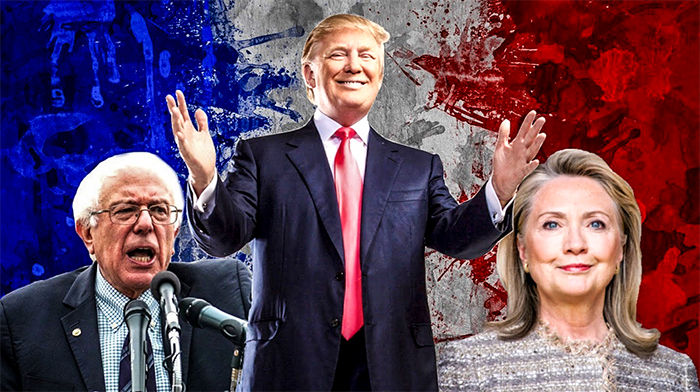 More than four in 10 Democratic primary voters would back either Clinton or Sanders if they were the nominee, but a third say they would vote for Trump, and another one in five say they wouldn’t vote for either.

Support for Trump in the general election is largely driven by independents who voted in the Democratic primary. More than half of them would back Trump against either Clinton or Sanders. 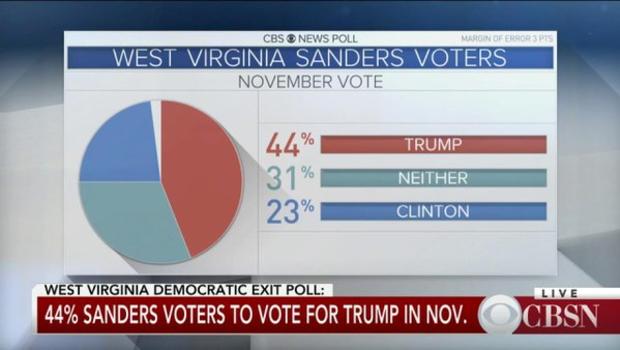 Outside of Cruz and Kasich dropping out, this is possibly the biggest news of this entire election cycle for Trump.

According to exit polls, Republican voters in West Virginia today said that the most important issue facing the country is the economy and jobs. Government spending and the economy top the list in Nebraska for Republican primary voters.

And this is exactly why Trump is rising to the top. All of this could potentiall put Trump into the White House. It’s looking more and more like a reality every day. Vote Trump 2016!