I want to be serious with you for a minute. I want to talk about the dangers of treating others like they’re inferior to ourselves and how racism ruins lives, how our country was torn apart and countless lives lost in the search for the right of all men to be treated as if they were created equal. I want to, but I can’t. I can’t because of the morons who’ve taken the movement that was completely valid years ago and given it a millennial re-vamp to represent their hatred for others and desire to elevate themselves to a status that no one deserves.

Their audacity has grown to the point that African Americas are actually having conferences for white people bashing. I’m not exaggerating here, it’s pretty impressive to see what this meeting of the minds produced.

The conference, held between May 31 and June 2, was organized by the Critical Race Studies in Education Association (CRSEA), an organization that frequently hosts similar events to bring together an “interdisciplinary consortium of experts who recognize global implications of race and education for minoritized people.”

“As a community, we are committed to (1) countering and combating systemic and structural racism with scholarship and praxis, (2) recognizing the multiple locations of oppression and the myriad manifestations and effects of their intersections and (3) co-constructing liberating knowledge that facilitates collective agency to transform schools and communities,” the group describes itself on its website, a description supported by several attendees at its most recent conference, who quoted highlights from the event on Twitter.

“Whiteness has already been constructed against blackness. There is no virtue in whiteness, it is inherently violent,” one conference-goer tweeted, referencing a quote from Michael Dumas, a professor at the University of California, Berkeley who spoke at the event. 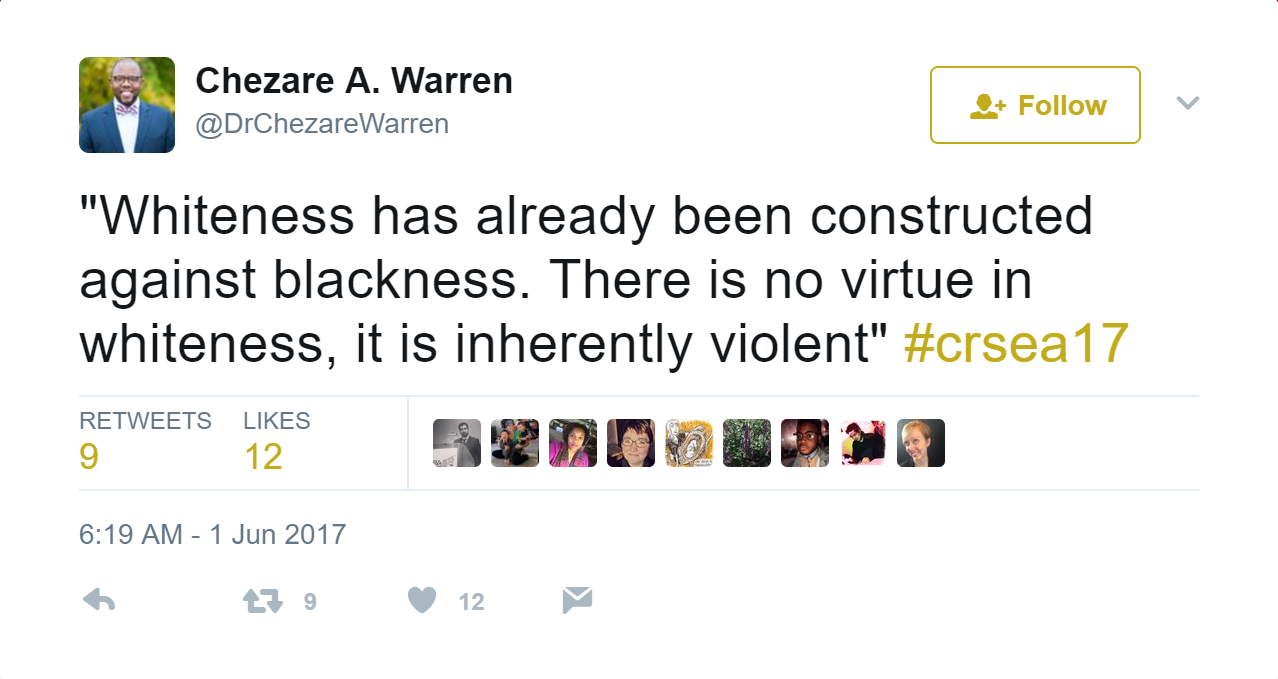 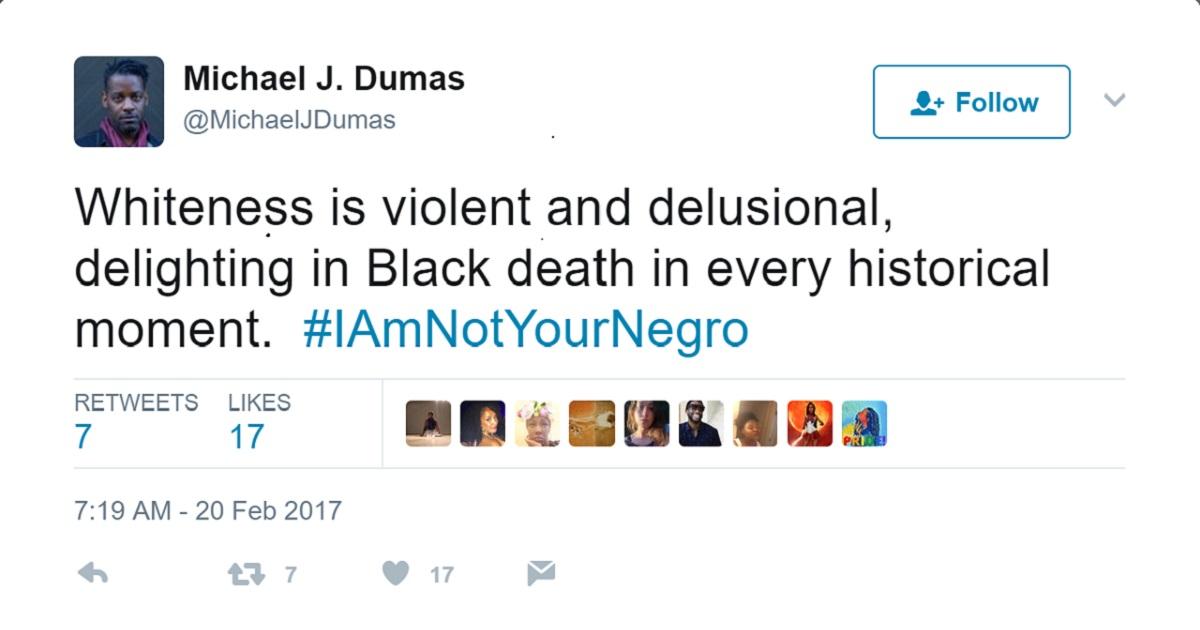 I’m so glad he used that hashtag because I got super confused there for a minuet. Since I, who have never owned anyone, in my life, was about to assume that this guy would do whatever I told him to. But I’m saved, thanks to #IAmNotYourNegro 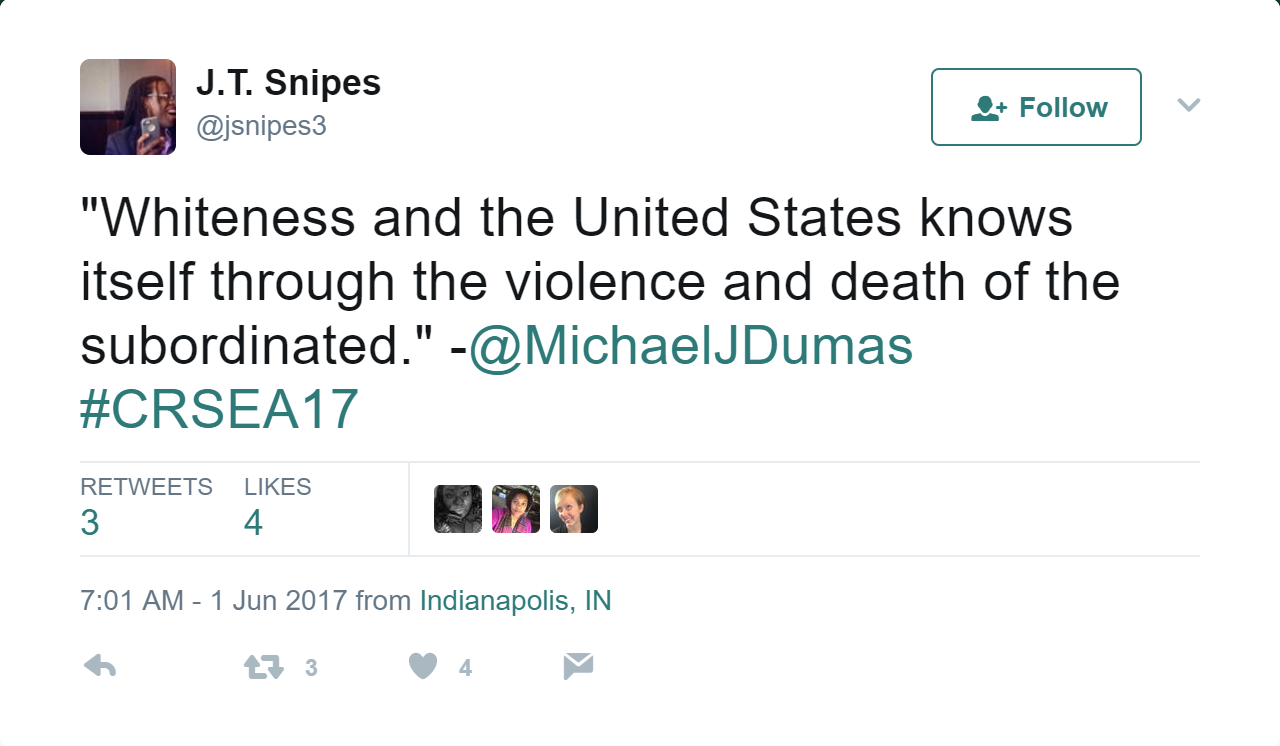 I’m beginning to seriously dislike this Michael Dumas guy that everybody is quoting. It seems as if he’s stringing together lots of big words and pontificating to the masses with the authority of one who’s words hold a much greater credence than their actual meanings would allow (see, I can do it too). 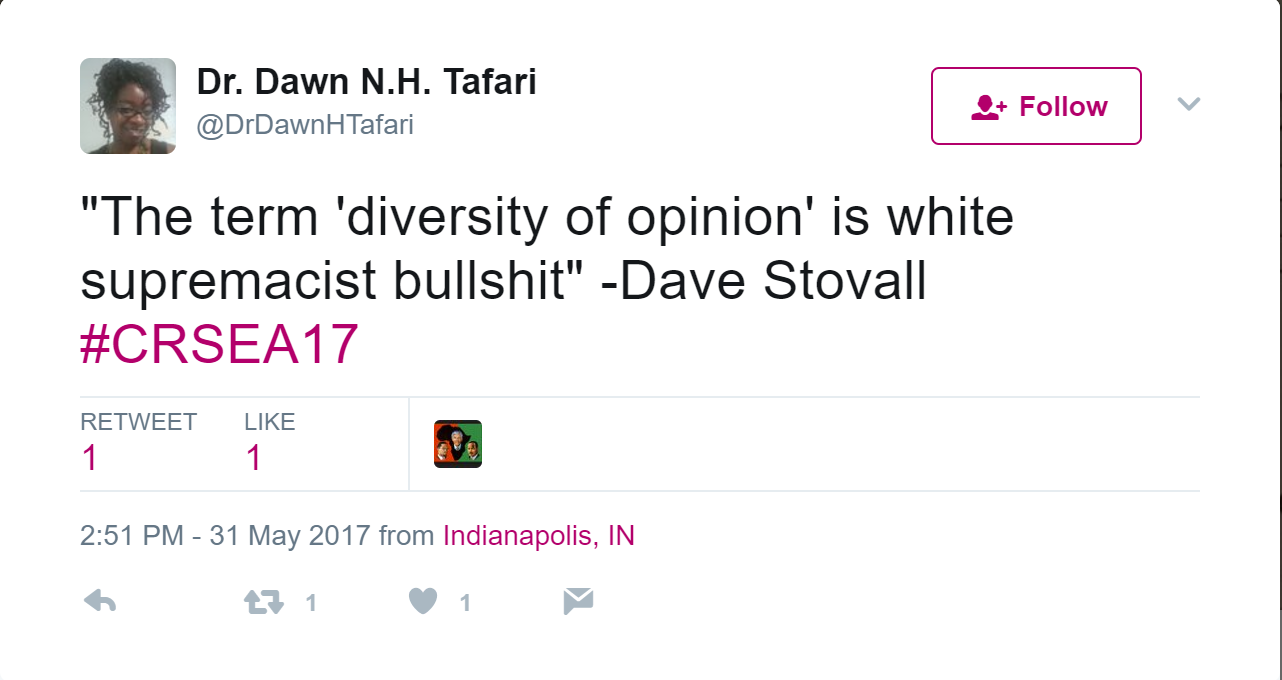 Now there’s some language we can all understand! He’s utterly and thoroughly wrong, but at least he’s plain spoken about it.

Something about that seems off . . . oh yeah, just because you say something is “white supremacist” doesn’t make it so. Good try though! 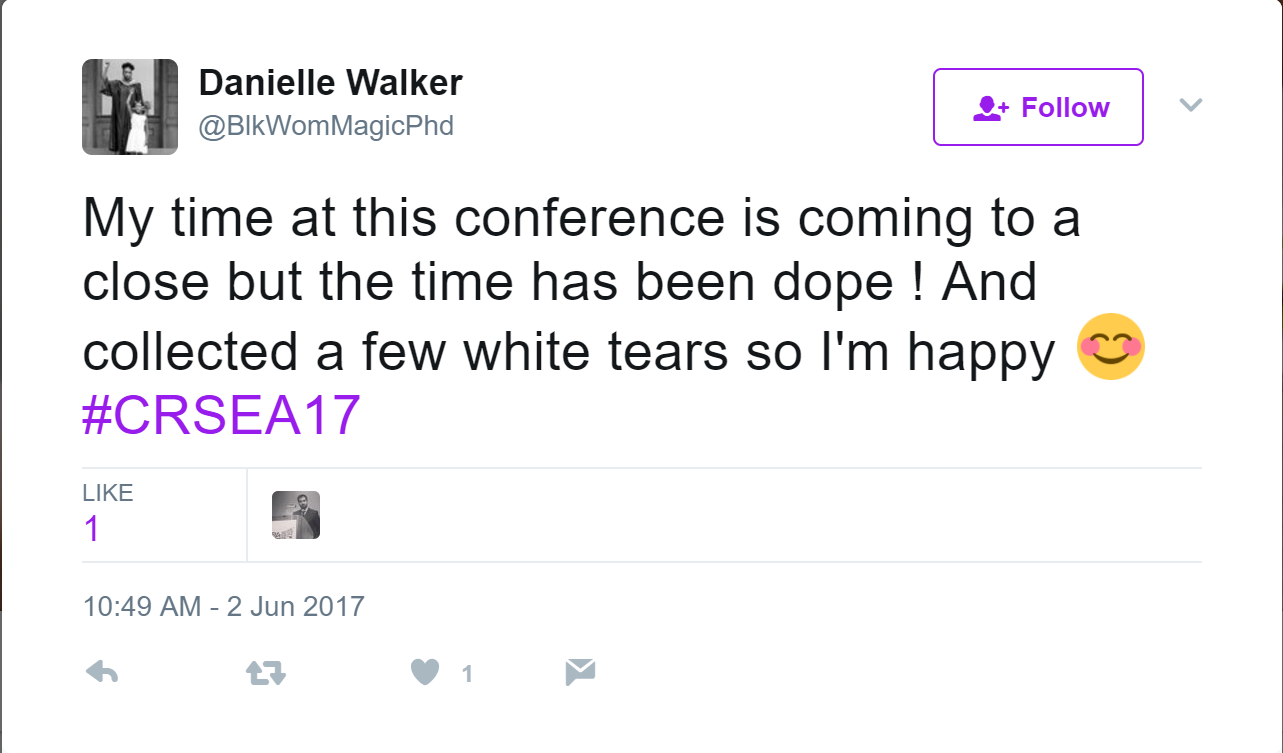 Public service announcement: if any of you are crying white tears, you should get that checked out. 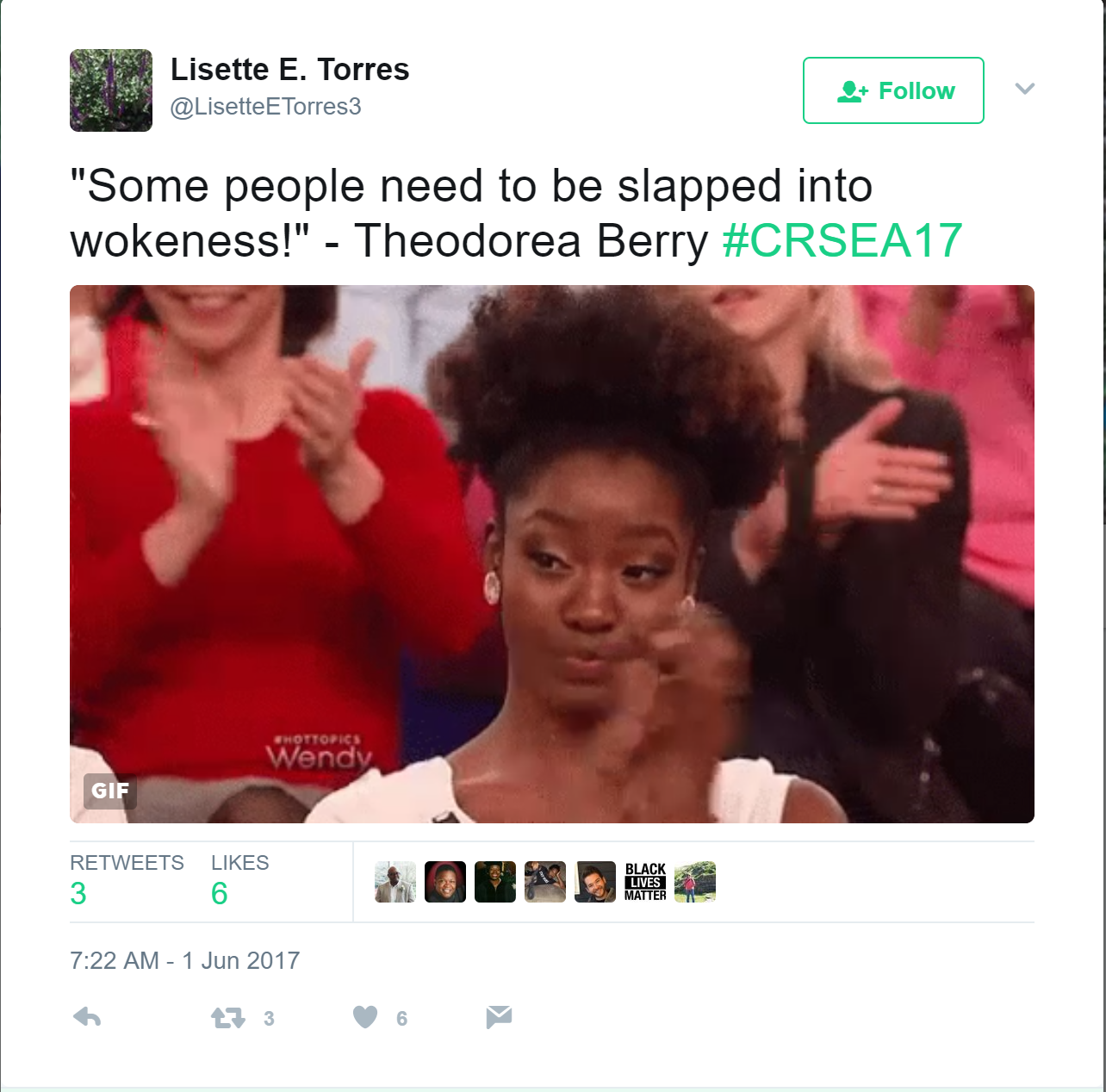 One last thought; James A. Baldwin, civil rights advocate and widely acclaimed author had this admonition for anyone who cared to listen:

“People who treat other people as less  than human must not be surprised when the bread they cast on the waters comes floating back to them, poisoned.”