Hopefully, you were able to spend the holiday eating hot dogs and enjoying your freedoms; freedoms like the ones outlined in the amendments to the constitution. If you were, you’re probably blithely unaware of at least one American who was being terrorized, extorted and blackmailed into apologizing to one huge company for using his right to free speech.

I’m talking about the guy responsible for this tweet:

Not Donald Trump, but the actual maker of the GIF itself, a guy known on Reddit as “HanAssholeSolo.” CNN wasn’t a fan of his work, and is seems as though they tried taking shots at the President, but since he’s pretty much immune to their rhetoric, they tracked all the way back to the person who made the image, and basically told him they’d send their furious hordes to this door if he didn’t apologize.

Here’s what CNN penned in their “investigative” article:

CNN is not publishing “HanA**holeSolo’s” name because he is a private citizen who has issued an extensive statement of apology, showed his remorse by saying he has taken down all his offending posts, and because he said he is not going to repeat this ugly behavior on social media again. In addition, he said his statement could serve as an example to others not to do the same.

CNN reserves the right to publish his identity should any of that change. 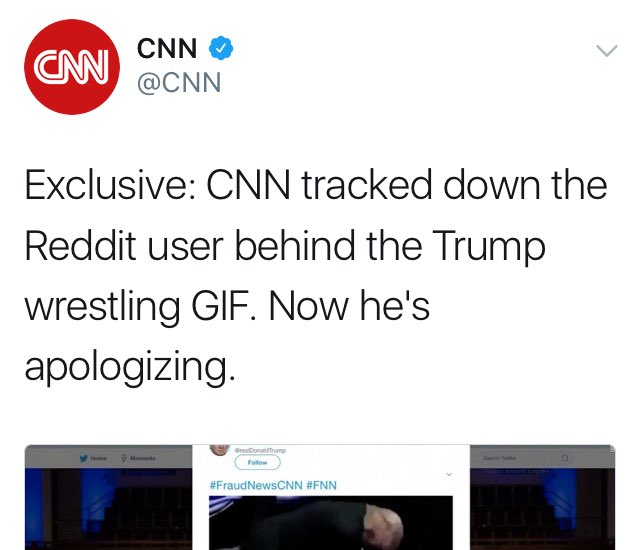 See, I was being literal. Tracking someone down and talking to them is a proud tradition in journalism, so no surprise there. What is the surprise is that they didn’t interview him for the sake of news, they decided to be the change they wanted to see in the world and make sure he was ready to pay for his actions. It was petty and vindictive.

One of the first to pick up on and post about this was conservative political analyst Mike Cernovich. I think we can all share his outrage over this happening at all, much less on Independence Day.

If you’d like to check out the CNN article that Cernovich is referring to, you can check it out here.

Thankfully it’s not the government doing this, so there’s still some hope for retribution. However, the first to pick up on the lunacy of a company who’s able to shut up someone who disagrees with them were the other concerned citizens who saw CNN’s proud shout out to the world. 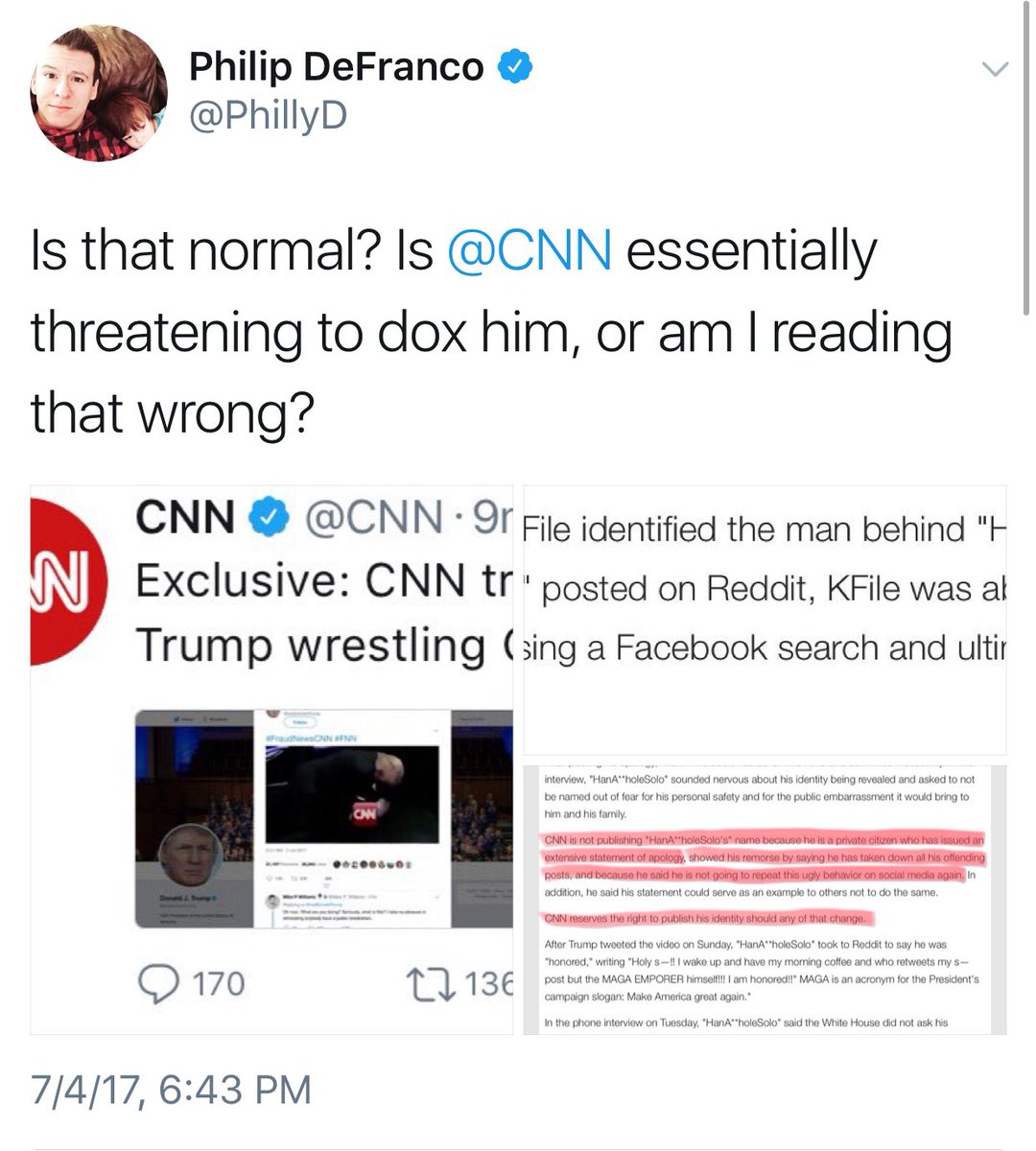 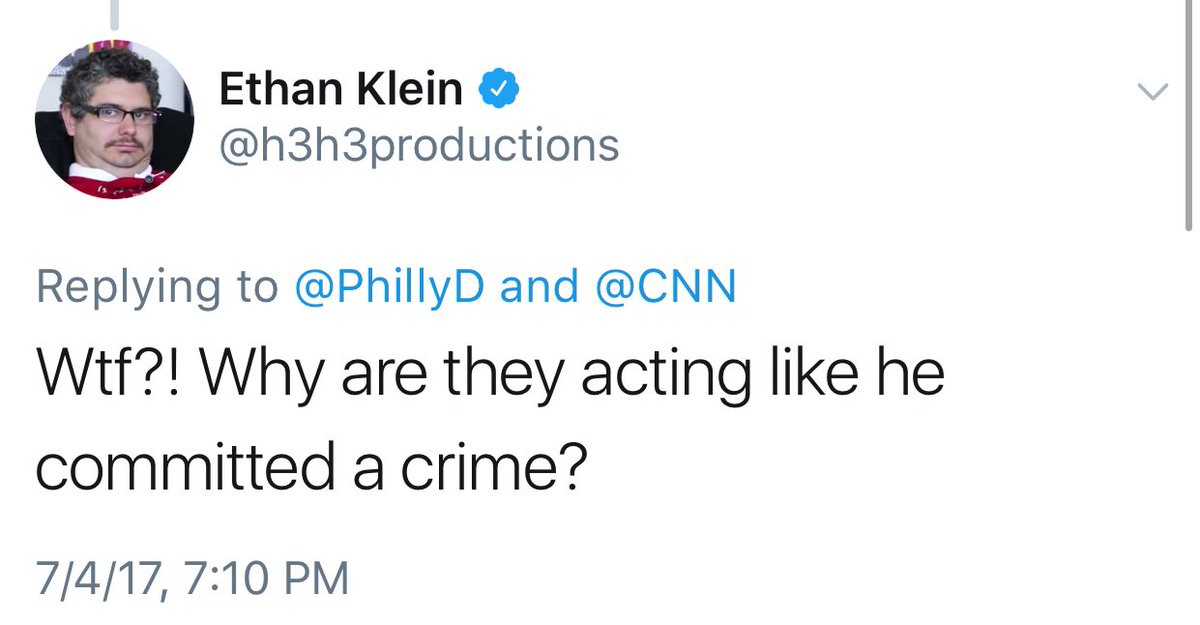 Apparently, the crime now is supporting President Trump, and extortion is something you brag about. 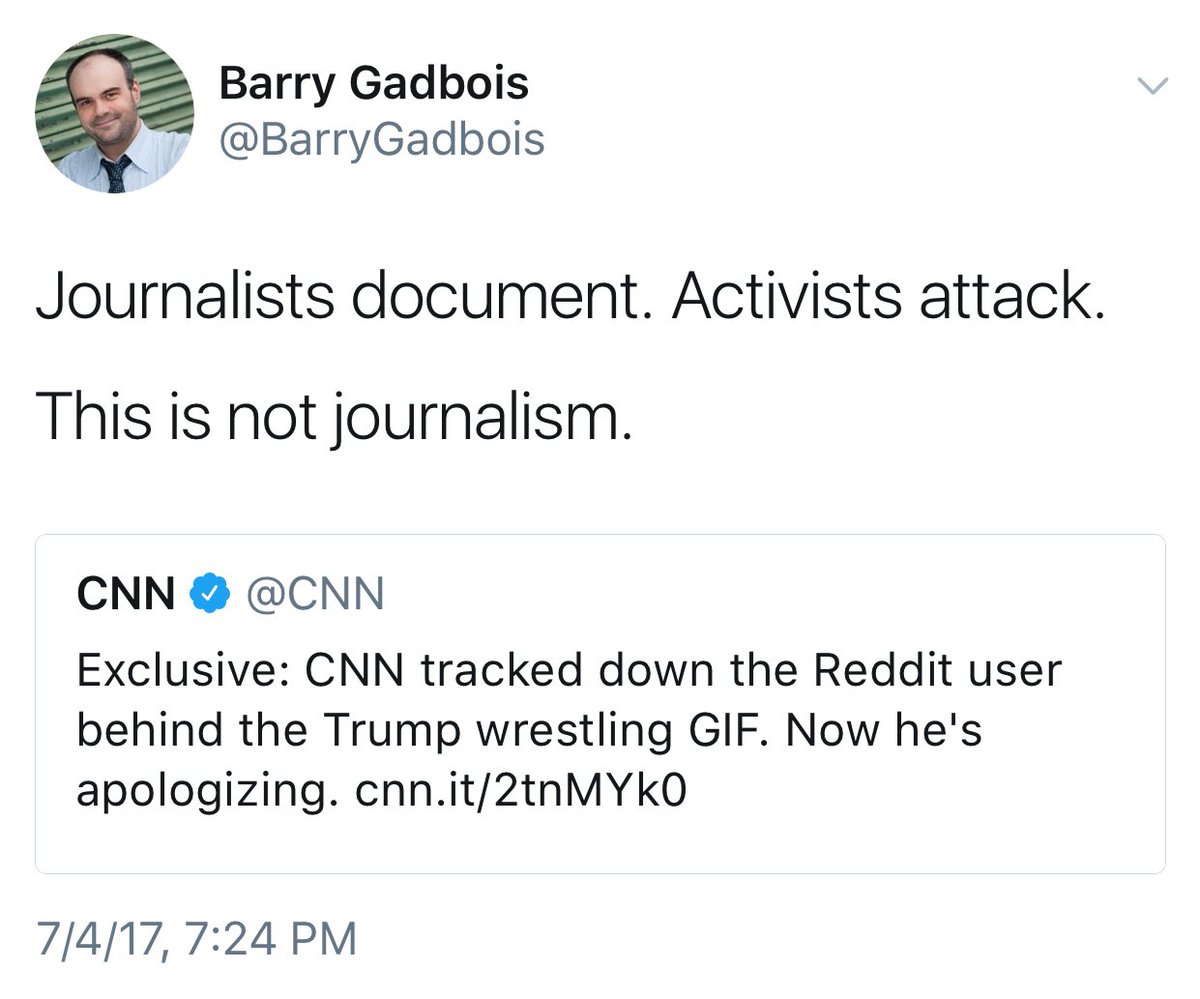 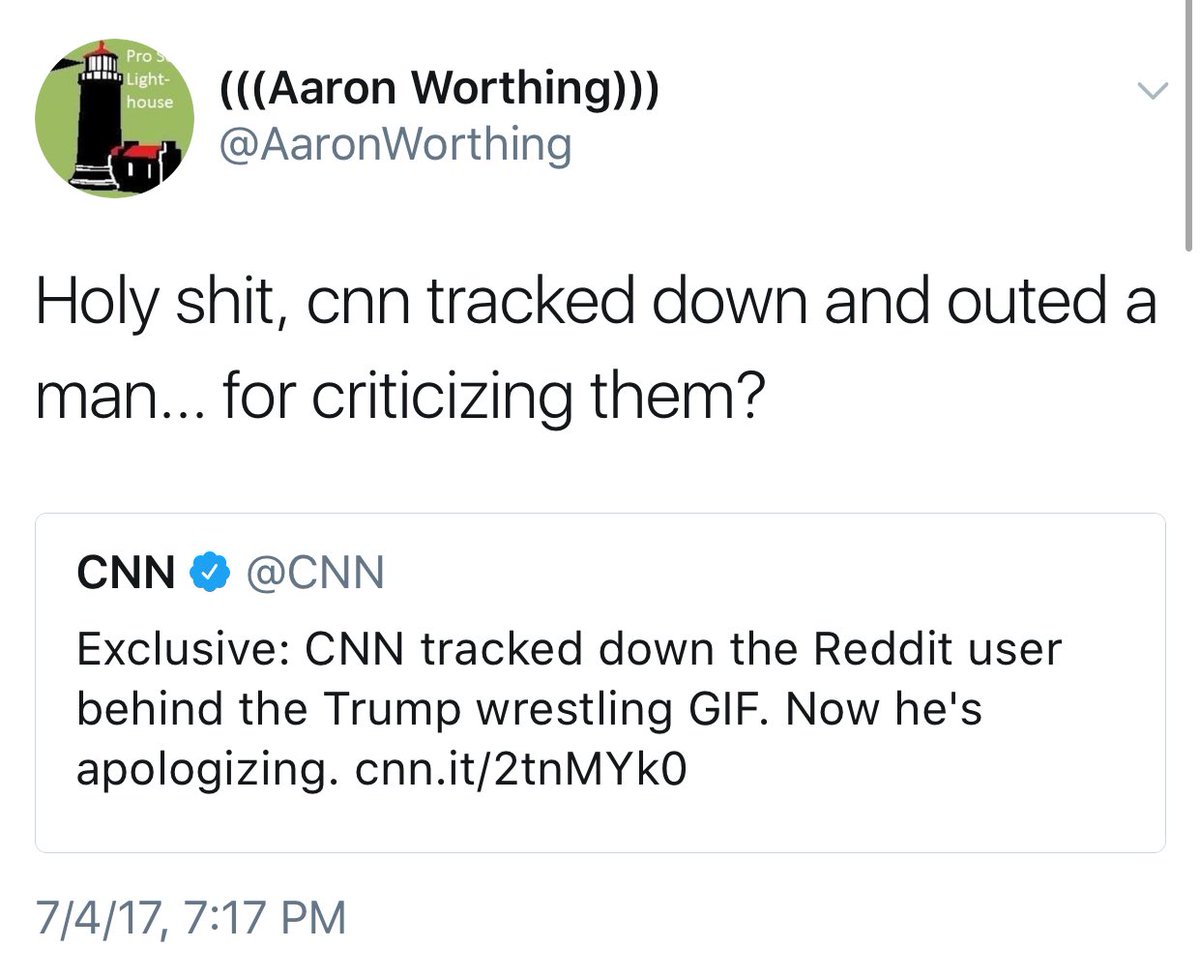 It’s safe to say that if they get away with this, it will be a huge setback for freedom in America. Not only was this illegal and highly intrusive on the freedoms of this private citizen, it’s was a really bad idea for CNN.

This major news network still has mud on its face from the revelation that it’s pushing Russia for the sake of ratings. They seem to be responding like an injured animal who’s lost its ability to gauge danger. They’re tipping their hand so far that they’re actually telling the world about their backward silencing techniques that we all suspected they were doing. Apparently, this network is surrounded by so many yes men and is so out of touch with the law and the way the nation is supposed to run that they’re willing to broadcast their criminal activity and they’re asking for a pat on the head for it.

I have a sneaking suspicion that before this is all over, they won’t be able to help themselves, they will release this unenlightened citizens name, and there’s an excellent chance that he’s got something very sympathetic about him (i.e. disabled, fighting for his life or better yet, closely related to someone they’d like to protect), because when have the missed a chance to make conservatives suffer.