Leave it up to a liberal news outlet to ask possibly the most ridiculous questions in presidential debate history.

The fact these were asked at the “undercard” debate should make no difference. That they even asked posed these questions at all is pure lunacy. CNBC decided to ask George Pataki, Bobby Jindal, Rick Santorum, and Lindsay Graham what op 3 apps they use on their phone, and if the Super Bowl should be a national holiday. 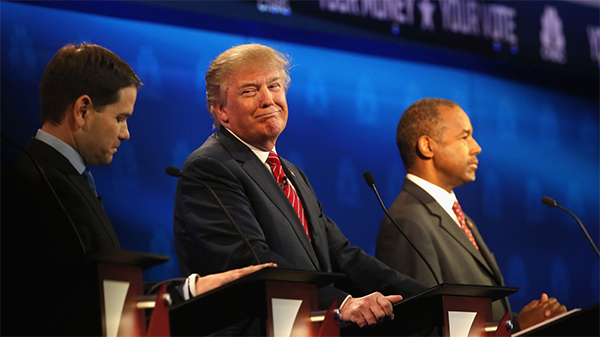 These are hard hitting questions, apparently. Twitter instantly went crazy. Even other liberal news media outlets chimed in saying the questions were insanity.

Insanity that in a prez debate question asked what top 3 apps u use on ur phone! THEN should day after Super Bowl be a HOLIDAY? #CNBCDebate

So CNBC puts these people on stage and asks them if the day after the Super Bowl should be a holiday. Pathetic.

Just goes to show that liberals can’t do much right. Even when asking questions.