Well if this does come to pass, you can be certain I won’t be flying into this airport ever again.

The Right Scoop is shockingly reporting that the Orlando International Airport is considering putting in a, dare I say it, Mosque. That’s right. Right in the middle of the airport.

However, Reverend Franklin Graham has come forward and said that this is not only a bad idea, it’s a terrible idea. 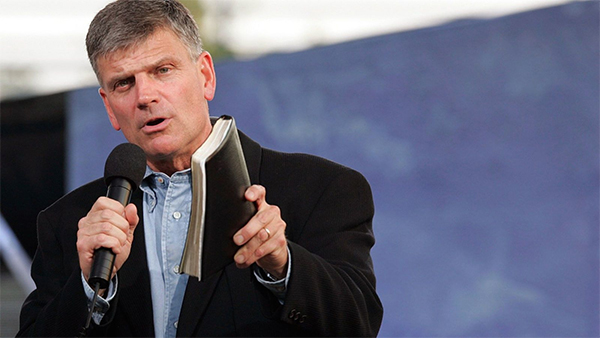 The Rev. Franklin Graham has spoken out against Orlando International Airport’s recent unveiling of plans to create a new Muslim prayer room that will cost $250,000 in taxpayer dollars, and asked how loud would objections be if the money were allocated to build a prayer room for Evangelical Christians, or other groups.

‘Let’s call this what it is — a mosque. The airport already had an interfaith prayer room since 1983 (with prayer rugs available in it) — but that wasn’t enough. How loud do you think the objections would be today if they spent $250,000 in taxpayer money to build a new prayer room exclusively for Evangelical Christians? Or for Jews or Mormons or any other group? Why do Muslims get preference?’ Graham asked in a Facebook post on Saturday.

Great question, Reverend Graham. I’ll tell you exactly how it’d go: every other religion, muslims included, would be up in arms, screaming from the rooftops that this is discrimination.

If they put a mosque in a U.S. airport, it’s not only discrimination, it’s showing that the U.S. is ready to bow down to anything the muslim faithful want. This is unimaginable. Can someone please start a petition against this!?