This is our first positive bit of news from the U.S. side of the air strikes against ISIS in the middle east and I have to say it feels good telling you that we were responsible for a change.

The U.S. led coalition of bombings in Iraq have been going on for the past few weeks, but we have our first confirmed take down of 3 top ISIS leaders in the more recent round. I’m proud of our troops for sticking to it even when Obama tells them to stand down. They kept pushing forward and now have something to show for their efforts. Way to go boys! 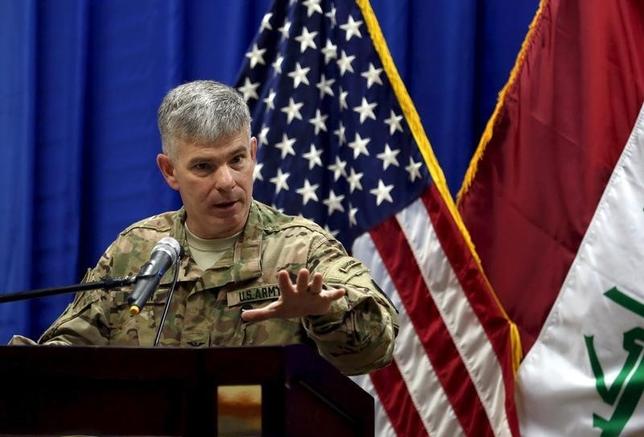 The U.S.-led coalition fighting Islamic State militants in Iraq and Syria has killed the group’s finance minister and two other senior leaders in air strikes in recent weeks, a U.S. military spokesman said on Thursday.

Army Colonel Steve Warren told a Pentagon briefing that coalition strikes had killed Abu Salah, Islamic State’s financial minister, as well as a senior leader responsible for coordinating the group’s extortion activities and another leader who acted as an executive officer.

Yes! Awesome! This should be a major blow to ISIS.

Keep up the good fight! We salute our troops and all their efforts to rid the world of the ISIS scourge.