Well there you go. No we know why Turkey shot down that Russian jet. At least Russia believes so, and honestly, I’m not so sure that this is that far from the truth.

Reports are coming in saying that Russia has proof that Turkey is working with ISIS and supplying them with oil as well as being involved in theri oil trade-lines. The pictures that the Russian Defense Ministry showed in a briefing just hours ago show ISIS tankers filing up in Iraq and Syria, then crossing the border into Turkey! 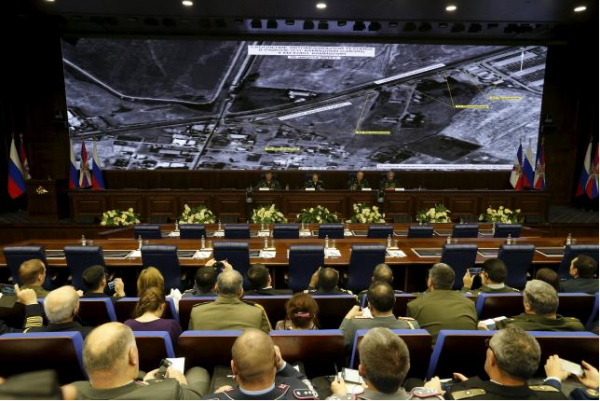 The officials did not specify what direct evidence they had of the involvement of Erdogan and his family, an allegation that the Turkish president has vehemently denied.

‘Turkey is the main consumer of the oil stolen from its rightful owners, Syria and Iraq. According to information we’ve received, the senior political leadership of the country – President Erdogan and his family – are involved in this criminal business,’ said Deputy Defence Minister Anatoly Antonov.

‘Maybe I’m being too blunt, but one can only entrust control over this thieving business to one’s closest associates.’

WOA! That’s a massive accusation. Russia is pulling no punches in the war against ISIS, blaming all who are closely related to any ISIS activity. This could be the start of another war over the middle east. Once again proving that because of ISIS and the middle east’s backwards ideologies, we’ll have to step in and play peacemaker at some point. Either that or Russia will just blow them all sky high. Which I’m all for at this point.