Last night, North Korea tested a nuke. This morning, we’re reminding you that Obama said they didn’t have one, only a month ago. More liberal lies to cover up world conflicts.

North Korea apparently detonated a test hydrogen bomb last night around 8:30pm U.S. time, also more commonly known as an H-bomb. This class of bomb is over 100 times more powerful than the atomic bombs the U.S. dropped on Hiroshima and Nagasaki in World War II. And guess what? Obama was 100% certain they didn’t have one. He said this only a month ago. 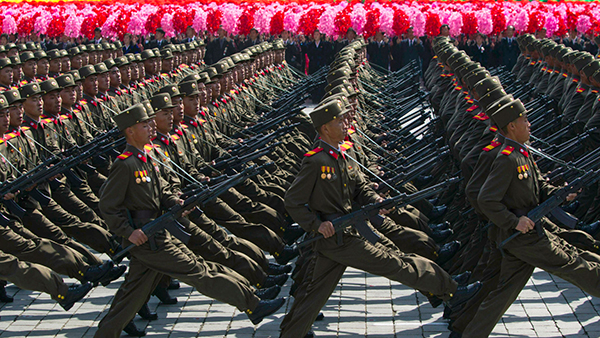 The White House has dismissed a suggestion by North Korean leader Kim Jong-un that his country possesses a hydrogen bomb.

The country was “ready to detonate a self-reliant A-bomb and H-bomb”, state news agency KCNA quoted him as saying.

If true, the development would mark a significant advancement in North Korean nuclear capabilities.

That report was from the BBC on December 10th, 2015. Now, we know that Obama and his staff were wrong, showing us just how incompetent they truly are. If they can’t keep tabs on a crack-pot, stuck-in-the-past, highly dangerous nation, how will they protect the American people? Sad fact is, they can’t. We need a Republican to do that.