It seems we’re hearing more reports of people shooting police officers unprovoked, and this case in no exception. According to FOX 5 Vegas, a lone gunman approached the patrol vehicle, where two officers were sitting, and opened fire.

This marks the second incident of cops being shot in the last 3 days. It paints a stark picture of the reality that law enforcement faces while simply doing their job every single day. 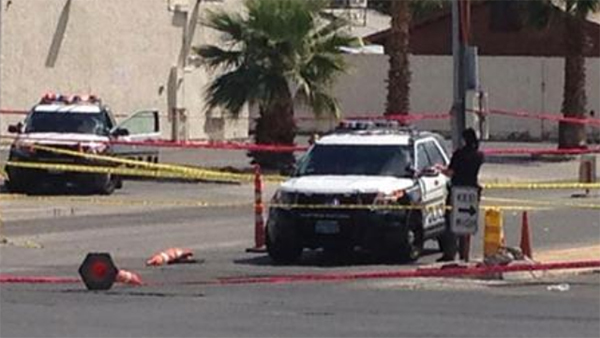 One shot struck the window of the vehicle followed by two more shots. The shots resulted in the officer sitting in the passenger seat being wounded in the hand, according to McMahill.

The officers went after the person on foot. The gunman ran a short distance, dropped the firearm and surrendered. There were no shots fired by the officers during the pursuit.

Police also recovered the shooter’s weapon, which was described as a Springfield semi-automatic handgun. The wounded officer was transported to University Medical Center Trauma with non-life threatening injuries to his hand. A motive was not disclosed. McMahill described the shooter only as a Hispanic male.

Here’s the video describing the ordeal: