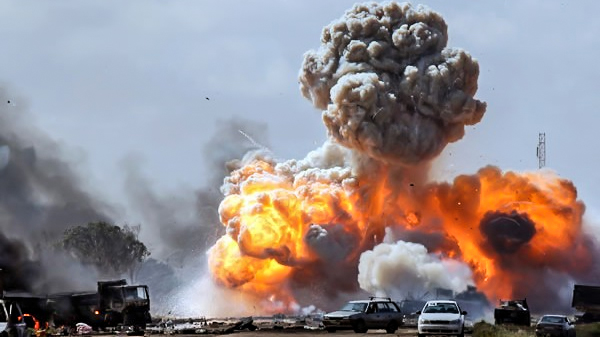 This has me clapping and shows that the strikes against ISIS are working!

According to intelligence reports out of Washington, the head of ISIS that was in direct contact with the Paris terror attacks mastermind, was killed in an airstrike on December 24th. Merry Christmas radical islamic terrorist scumbags! Here, have a gift. OF DEATH.

Army Col. Steve Warren told reporters that Charaffe al Mouadan, who was in direct communication with Paris attack leader Abdelhamid Abaaoud, was killed in an airstrike on Dec. 24 in Syria.

“As long as ISIL external attack planners are operating, the U.S. Military will hunt them and kill them.” #DefeatingDaesh

Hell yea! Get some!!! Are you proud of our troops continuing to hunt ISIS no matter what Obama says?