In an act of extreme cowardice (is there any other kind with this group?) an ISIS agent attacked a French schoolteacher on her way to her pre-school classroom with a knife.

When a group is doing nothing but targeting innocent people on their way to educate our children, they no longer fit anywhere in society. It’s not an issue of tolerance or understanding of religion – these people are downright psychopathic and lack empathy and don’t value any human life.

It’s a death cult that needs to be dismantled at all cost. 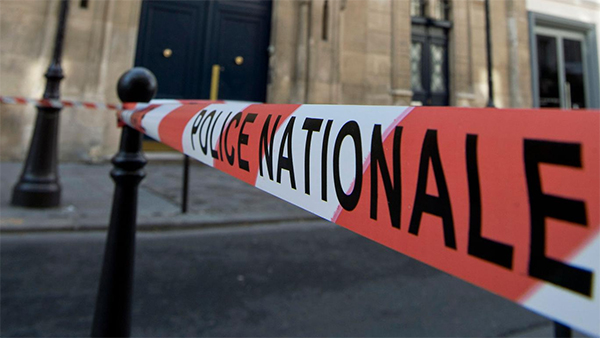 The assailant’s identity remains unclear, and a manhunt is underway.

The Agence France-Presse news agency reported that the teacher was stabbed in the side and the throat while preparing for class at the Jean Perrin pre-school in the town of Aubervilliers, northeast of Paris. Sky reported that the assailant, who remained at large, was carrying a knife and a pair of scissors.

AFP, citing a witness who works at the school, reported that the suspect was dressed in painter’s overalls, gloves and a ski mask. He arrived in the classroom without a weapon, but grabbed one that was lying around in the classroom. According to the witness, the attacker said, “This is Daesh. This is a warning.” Daesh is the Arabic acronym for ISIS.

Philippe Galli, the top government official for the Seine-Saint-Denis region where the school is located, told reporters that no children were present at the time of the attack, only the teacher and other staff members.

The incident comes as France remains under a state of emergency after Nov. 13 attacks by extremists linked to ISIS that killed 130 people.

AFP reported that ISIS’ French-language magazine, Dar-al-Islam, recently called on the group’s followers to kill teachers, whom it described as “enemies of Allah” who are “in open war against the Muslim family.”

French Education Minister Najat Vallaud-Belkacem promised to step up security at schools around the country.

“It’s an act of great gravity,” she said of the attack. “It is inadmissible.”