And the hits just keep on coming.

Hillary Clinton is now under fire for something completely different than her email scandal. This time, as Yahoo News tells us, Clinton allowed her friend, someone who has never held a governmental position of any kind, to advise her on foreign policy. That sounds like a great idea, Hillary.

Not only was her advisor, Sidney Bluenthal, not worthy of such a position, he actively used his politican power to silence any and all opposition, urging Bill and Hillary to go on the offensive against those who would dare defy the liberal mindset. This is sickening. 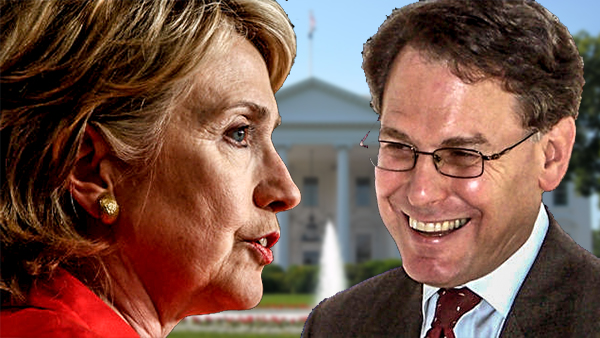 He urged her to speak out against Tea Party conservatives and encouraged her to get the White House to ‘rein in’ a key Obama aide who had upset him.

Blumenthal wrote frequently with forthright opinions both on foreign policy issues like the Middle East but also about U.S. politics as the 2010 midterm elections approached.

He asked Clinton and her husband to take a public stance against Tea Party Republicans, who were poised to make electoral gains.

‘Urgently, the momentum of the far right needs to be blunted; it must be redefined; the political discussion must be shaped and shifted,’ he wrote.

Yup, this is the liberal mentality. When in doubt, ask someone who knows literally nothing about the inner workings of the government instead of asking your advisers that you hired. Solid logic there.