I’d like to say that I expected more from the Democrats, especially as the Sanders campaign was supposed to be “for the people”, even though that means “in the pocket of unions”. Bernie Sanders’ campaign was suspended earlier today for having access to Hillary Clinton’s voter information. 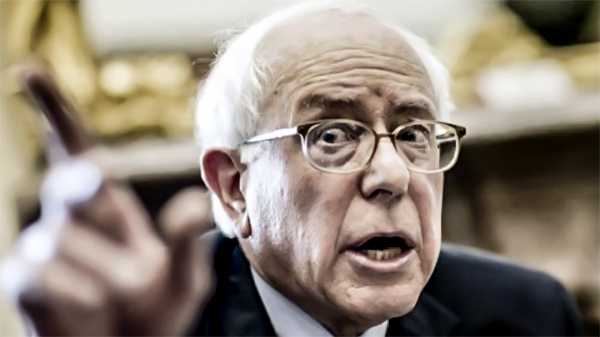 Late Thursday night, the DNC took the drastic step of cutting off the Sanders campaign’s access to its comprehensive 50-state voter file that lists voter patterns and preferences, effectively shutting down the campaign’s voter outreach operations just over a month before the critical Iowa caucus and a little over 50 days before the New Hampshire primary.

The punishment came about as the result of a 30-minute glitch in NGP VAN — the vendor that handles the DNC’s voter data — in which internal models for each Democratic presidential campaign were briefly available to other competing campaigns while NGP VAN was applying a patch to the software. Michael Briggs, a communications aide for the Sanders campaign, said this isn’t the first time they’ve reported security bugs in the DNC’s voter file.

“On more than one occasion, the vendor has dropped the firewall between the data of different Democratic campaigns. Our campaign months ago alerted the DNC to the fact that campaign data was being made available to other campaigns,” Briggs told Buzzfeed News. “At that time our campaign did not run to the media, relying instead on assurances from the vendor.”

The DNC also felt it prudent to punish Sanders for this “glitch”,

The DNC has vowed to not grant the Sanders campaign access to the voter file until it has proved that it destroyed all of the Clinton campaign data it inadvertently accessed as a result of the glitch. However, as Reddit user bastion_of_press pointed out, the Sanders campaign cannot prove it destroyed something it doesn’t have, meaning the ban on accessing critical voter information could be indefinite.

The news couldn’t have come at a worse time for the Sanders campaign, which recently announced its latest milestone of 2 million campaign contributions, with over $2 million raised in just 72 hours. Sanders also received major endorsements from the 700,000-member Communications Workers of America union and secured 88.9 percent of 270,000 votes cast in Democracy for America’s official endorsement poll.

With Hillary’s email scandal and this Sanders scandal, it seems that Democrats can’t seem to get their technology in order. ….Or it means that they know exactly what they’re doing and manipulating the system because they know they can’t win any other way.