Outside of a police conference in Chicago, BLM decided to take down the American flag and replace it with a “Black Lives Matter” flag. Not only is this a crime, but in my opinion, should be treason. 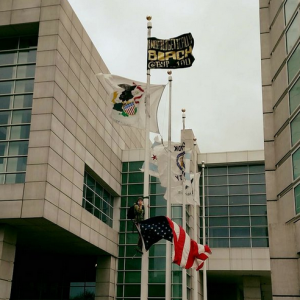 But one Chicago firefighter set things straight. Watch below as he makes sure this racist flag is taken down.

Fire fighter takes down “Unapologetically Black” flag to a chorus of “boos” from crowd. #StopTheCops pic.twitter.com/he15TRCDUC

Great job fireman! Get the word out that this organization is racist and is making the problems worse.