Tomi Lahren is one of our favorite conservative news anchors in the entire world. She speaks her mind, she pulls no punches, and she doesn’t back down to anyone. Especially someone as powerful and as popular as Beyonce. Tomi stirred up some completely necessary controversy when she criticized Beyonce for her race bating Superbowl Halftime show. Well now it seems that Beyonce wants to use her video in her was on race as the Beyonce team reached out to Lahren.

You can imagine what the response was. 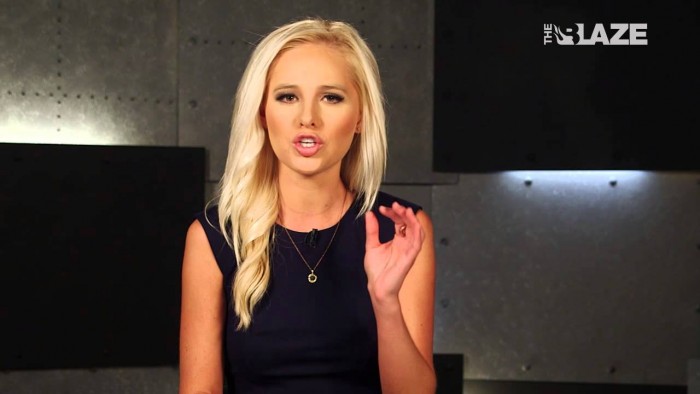 Beyonce’s team recently reached out to Lahren to seek permission to use about 30 seconds of the video for the singer’s upcoming “Formation” world tour — but the request has been rejected.

Lahren confirmed she is refusing to give Beyonce permission to use the video or audio in any fashion to further what she sees as a race-based agenda. The conservative host previously said she received death threats following her anti-Beyonce rant, but she has refused to back down from her criticism.

Lahren, who plans to address the issue on her “Final Thoughts” segment on Monday, said in a brief statement:

“I will not be a part of Beyonce’s worldwide race bait. I stand behind every word I said in those ‘final thoughts’ but I will not be a punching bag to rile up millions of fans and further perpetuate this cooked up race battle. It’s not worth it.”

AWESOME! We salute you Tomi and everything you stand for. Here’s the video that started it all.