Not sure how Bernie Sanders is going to talk his way out of this one.

Bernie Sander’s whole campaign initiative is about spreading the wealth out and having more equality among the rich and the poor. Yea, a regular ol’ Robin Hood. Anyone that knows anything about economics and monetary distribution knows this is a HORRIBLE idea and goes directly against a capitalist system. Or, you know, the whole U.S. system.

So imagine my surprise seeing that he misrepresented something on his campaign filings that totaled more than $13 million! 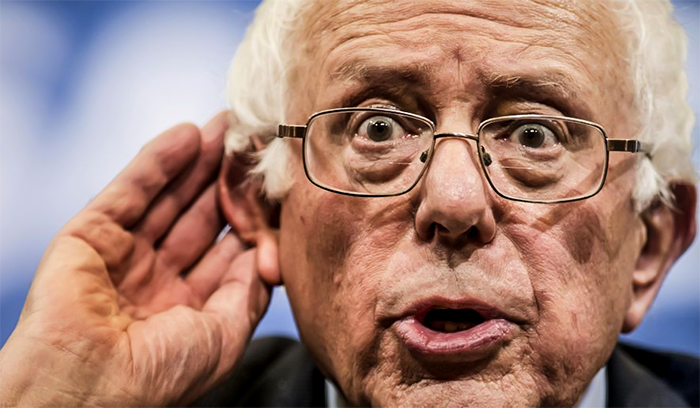 The Federal Elections Commission has sent a letter to Vermont Sen. Bernie Sanders’ presidential campaign over a $10.4 million discrepancy in Sanders’ filings.

In a letter dated March 30, 2016 to Sanders’ campaign treasurer, an FEC official writes:”Line 17(a)(i) of the Detailed Summary Page of your report discloses a total of $3,279,505.25 in contributions from individuals. The sum of the entries itemized on Schedule A-P, however, indicates the total to be $13,745,417.64. These amounts should be the same. Please amend your report to clarify the discrepancy.”

I think Bernie should spread some of THAT wealth around to his followers. Maybe he’ll be singing a different tone if that’s the case.
(Source: The Daily Caller)