Ben Carson, hot off the campaign trail in which the media will do anything to smear his name, has come out against the controversial Syrian refugees in a way that would make even Donald Trump do a double take.

Carson explained the refugee crisis in a way that likens the refugees to rabid dogs, that would need to be dealt with humanely, but swiftly. 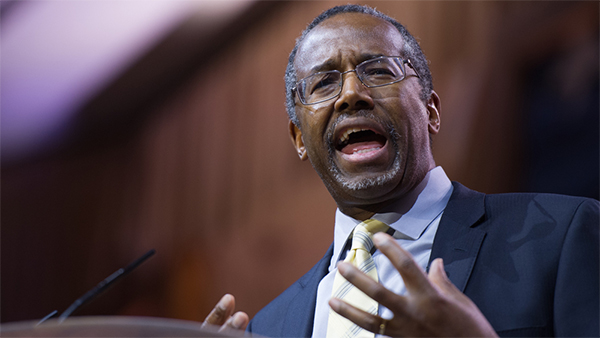 Republican presidential candidate Ben Carson on Thursday likened refugees fleeing violence in Syria to “rabid dogs,” and said that allowing them into the United States would put Americans at risk.

“If there is a rabid dog running around your neighborhood, you’re probably not going to assume something good about that dog,” Carson, a front-runner in some opinion polls, said Thursday at a campaign event in Mobile, Alabama.

“By the same token, we have to have in place screening mechanisms that allow us to determine who the mad dogs are, quite frankly,” the retired neurosurgeon said, criticizing President Barack Obama’s plan to admit 10,000 Syrian refugees within a year.

Obama administration officials have emphasized the refugee vetting process, which can take as long as two years.

Whether or not Carson’s comments are insensitive, it is sure to get Islamist-enabling leftists in a frenzy. Yes, this situation is hard to deal with and we must be careful, but the real problem here is ISIS, and although I won’t be voting for Carson, I do agree with the premise of his argument. What about you? Let us know what you think in the comments!