Looting is disgusting. Hurricane Harvey has displaced tens of thousands of people. Countless homes and businesses are destroyed. Moral vultures are already taking advantage of the wreckage.

Gang members and wannabe thugs are bragging about looting on social media.

Depraved individuals are posting taunts and threats on Facebook, claiming that they intend to rob “white people houses,” while others are advocating complete anarchy. 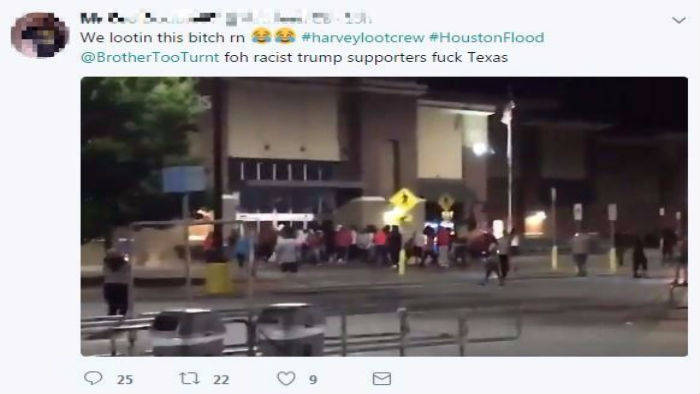 One post shows a gun gleaming out of a pocket. The caption reads “I stay strapped when we out here lootin this b*tch.”

You would think that such vile behavior would be condemned by the left, but instead pundits have been scrambling for reasons to excuse the thugs. Apparently, stealing is okay as long you feel like your need is great enough. 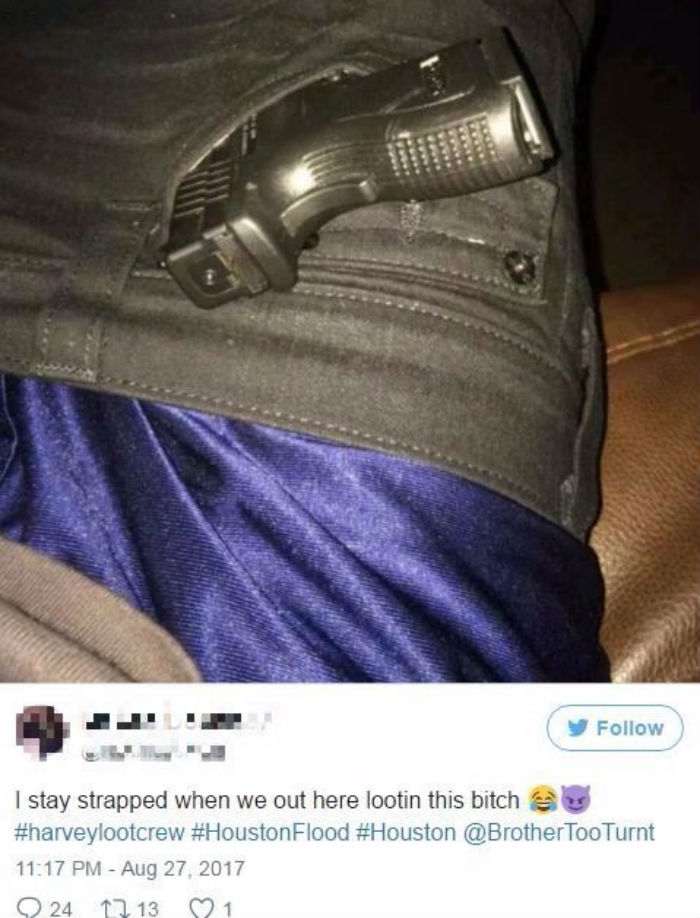 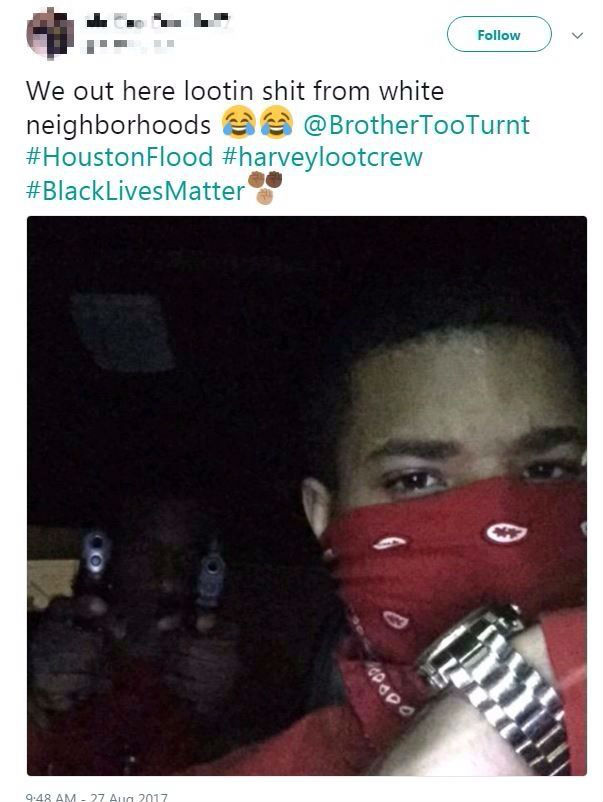 One liberal went so far as to create a post lambasting a journalist who called the cops on looters. He writes:

The entitlement expressed by his views is almost more repulsive than the behavior he’s excusing. Looting’s okay as long there’s a storm outside? That’s absurd. Hurricane victims have the right to survives, but that doesn’t mean that store owners should be impoverished. Nothing is free. If you’re not paying for what you take at the grocery store that means that someone else is.

Looting is never okay. People are stealing from greed and opportunism, not desperation. You see them robbing cash registers and taking electronics, not loaves of bread. The fact is, there are numerous shelters working to feed and house flood victims; people don’t have to storm grocery stories to take care of themselves.

The modern left embraces violent tactics, it’s about time we acknowledge that.