Obama, you are the absolute height of human scum.

I truly can’t believe this. Obama has the audacity to take his family on a vacation at this time of year when veterans are dying in our own country from lack of proper support, millions are jobless, and our own troops die overseas. And he basically commandeers Air Force 1 to fly him and his family to Hawaii; a trip they do every single year. 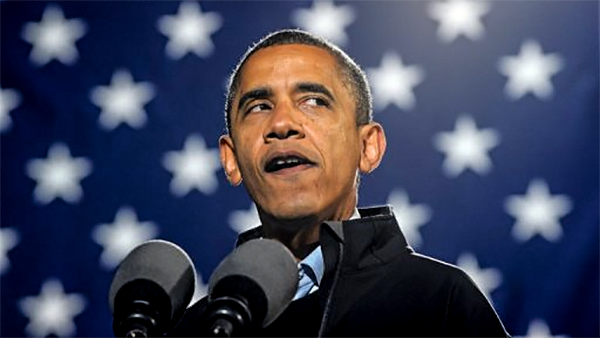 As the Obama family heads off on their annual Christmas vacation to Hawaii, conservative critics are taking aim, due to the financial burden that flying Air Force One puts on American taxpayers.

The cost of operating the presidential plane is close to $200,000 per hour.

Multiply that by the 18 hours that it takes to fly from Washington, D.C. to Honolulu and you’re talking about a $3.7 million bill for operating that flight alone.

$3,700,000. I want you to look at that number. Look at all those zeros. Obama uses the tax payer’s money to take his family on this lavish vacation and all I can think about it how our troops are keeping us safe. Maybe we should use that tax payer’s money to buy our troops the gift of freedom and take out ISIS and other terrorist organizations, as opposed to lounging on a beach in Maui. Sickening.