I know Trump is crushing it in the primaries, but I didn’t think he’s be in front in the Michigan polls!

That’s what we’re hearing this morning as the initial polls are looking good for Trump. As the GOP sets up for the next round of Primaries, Trump sees himself out front as well as Hillary Clinton on the Democratic side of things.

Ted Cruz, who just took home two big wins, is trailing and it’s not even by a small margin. 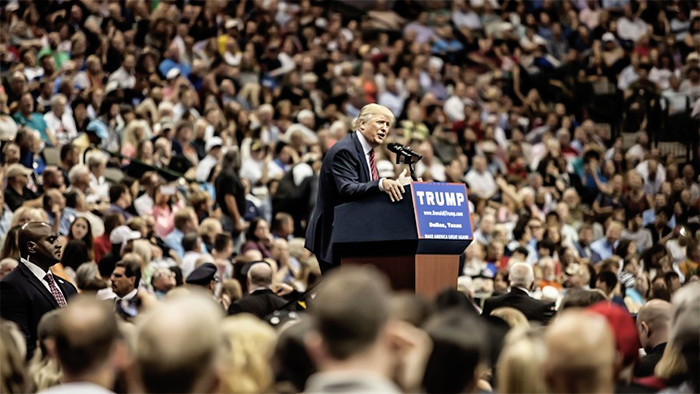 In the GOP primary race, Trump received 41 per cent of support from respondents, according to a NBC News/Wall Street Journal/Marist poll. Sen. Ted Cruz (R-TX)had 22 percent support, while Sen. Marco Rubio (R-FL)received just 17 per cent and Ohio Gov. John Kasich came in at 13 per cent. Only 5 per cent were undecided in the poll. Marist surveyed 482 Republican likely primary voters from March 1 to March 3.

A YouGov/CBS poll released Sunday also showed Trump at 39 percent in Michigan, far ahead of Cruz at 24 percent. Rubio scored 16 percent and Kasich was in fourth place, with 15 percent. The March 2 to March 4 poll included 638 likely GOP primary voters.

BOOM! Trump continues to roll and is in the lead for the GOP nomination. He has our vote, but what about yours? Let’s hear it in the comments!