This is a slippery slope on this one. On one side you have probably the most evil person next to Obama this country has ever seen. On the other, another type of evil has claimed to have hacked the Hillary Clinton database and claims to have over 32,000 emails of hers that would cripple her presidential bid.

The hacker, remaining anonymous of course, has stated that he or she has information in these emails that would end her run to the presidency. Which put me in a dilemma of down with Hillary or down with hacking?

Here’s what The Blaze had to say. 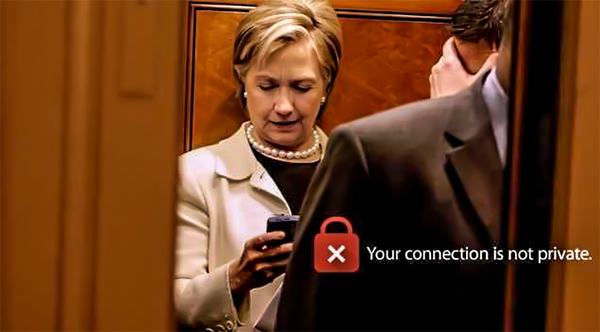 A self-proclaimed hacker is looking to sell an unreleased trove of Hillary Clinton’s private emails for $500,000, according to RadarOnline.

The anonymous ‘computer specialist’ claims to be in possession of 32,000 emails from Clinton’s private server that were retrieved because, according to the site’s source, ‘Hillary or someone from her camp erased the outbox containing her emails, but forgot to erase the emails that were in her sent box.’

Clinton’s attorneys recently admitted the former secretary of state had her hard drive wiped clean before turning it over to the FBI.

I think in this case, I’d be on the hacker’s side. Hillary cannot become president, by any means necessary. I don’t condone hacking as it too is illegal and evil, but this time I think we can make a special exception.
LIKE US ON FACEBOOK